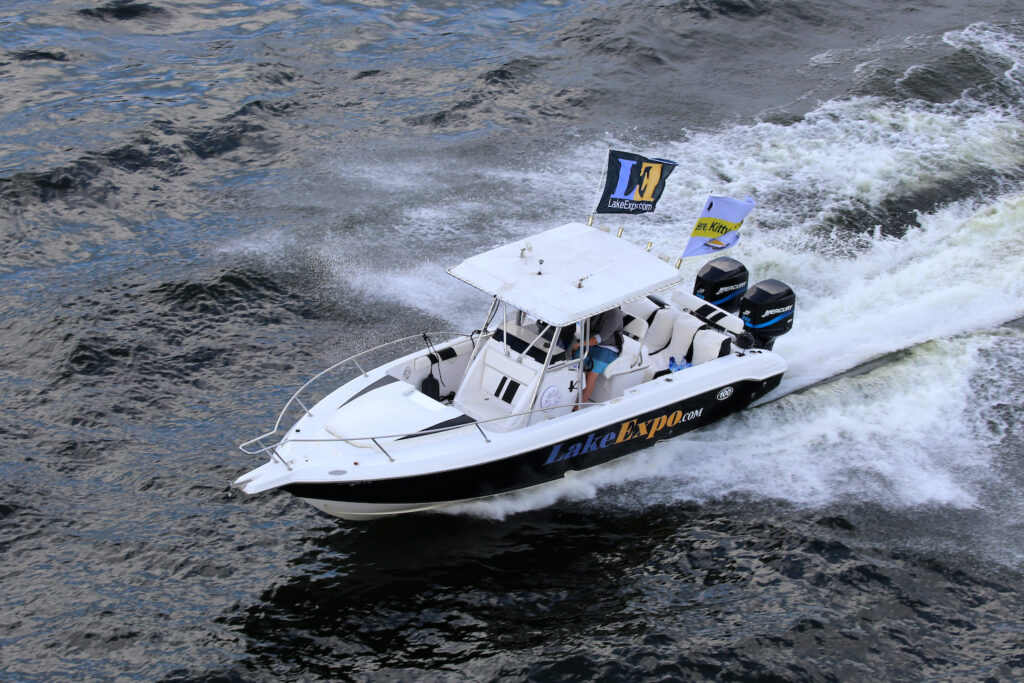 Brent Simpson boating at Lake of the Ozarks

Anyone boating for decades knows confidence is good, over confidence… you’re in the drink.

It was my birthday, so I decided it best to make sales calls on the water that last day of April. It was an unusually warm 80F and one of the first runs of the season for Shady Raider, which I had just picked up the October before. I was confident in my new (to me) boat, and I’d been boating Lake of the Ozarks for 20 years. 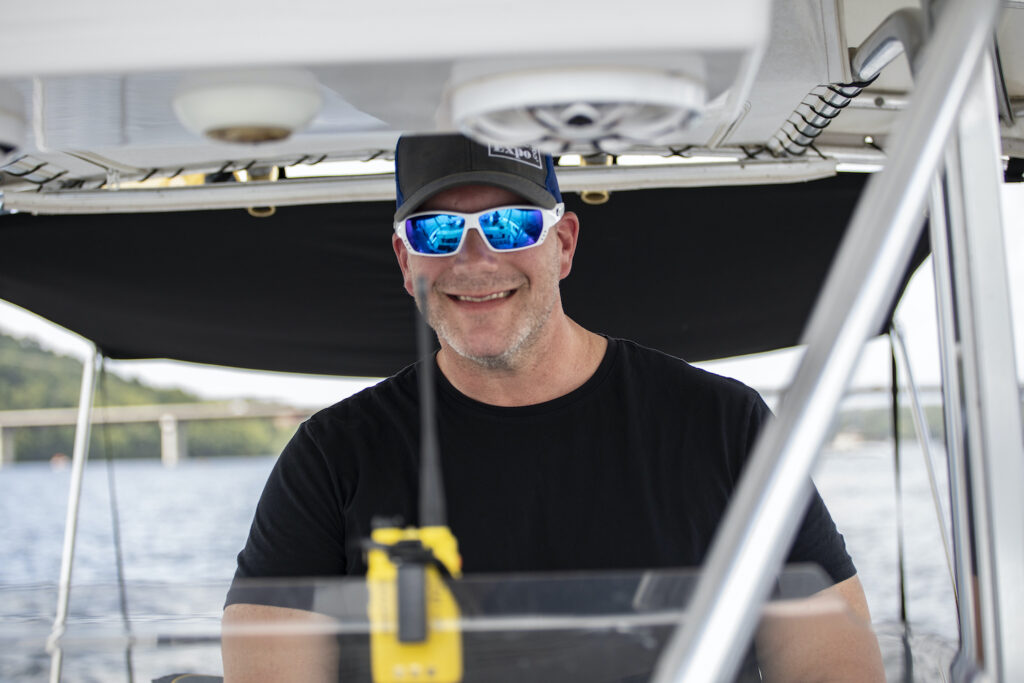 I pulled up to my first stop that morning in Soap Creek, up the Gravois Arm. I’ll go ahead and blame the wind, but when I pulled parallel to the dock there was a bit of a distance — leap-able with a dock line in hand, so that’s what I, NOPE… My foot slipped on the gunnel and into the Lake I went, catching a face full of water. The dock line in my hand was the saving grace. Coughing up Lake water I hurriedly climbed into the drifting boat and started the outboards to keep the props from shallows and a dock cable — but apparently my brain had not yet thawed.

When twin Merc outboards are set to counter-rotate and a back line wraps around both props, it pulls them together until, in this case, the tie-bar breaks, leaving zero directional control and what I’ll call, “floppy engines” (it’s a technical term).

This was the most embarrassing time I had to call Lake Tow. Of course, it was not the only time. We do a lot of boating and sometimes we run hard. So, things break, it’s just part of what we do for work and for fun.

I use to run from the Dam to the Glaize Arm every weekend. In my late 20s and 30s, I’d get waved down by stranded boaters all the time. So, the “Mr. Nice Guy” in me would hook up and tow folks. One Saturday, I hooked to a cruiser that—unbeknownst to me—had already called Lake Tow. The then-owner, Charlie Myrick, and I did some business together and were friends. Of course, he passed by looking for the tow. My phone rang. “Is that you towing my customer?”

He was not upset, it was Saturday. He ran from sun up until sun down every summer Saturday towing boaters. But he gave me a warning, which I will carry forever.

According to Maritime Law, the second you hook to a stranded vessel and begin to tow it, you become responsible and liable, legally, for everyone aboard. That means all the drunks not wearing lifejackets, standing on the swim deck, peeing off the back — everybody.

But, the average tow on Lake of the Ozarks costs $500.

That’s painful, and it’s bound to happen to even the best of boaters. So in 2021, our team at LakeExpo launched the xTow Captain’s Club.

We’ve been there, weekend boating plans dashed, out the cash. So, we decided to start a club by boaters for boaters. We work with Lake Tow, the exclusive on-water tow service at Lake of the Ozarks, and we power the boating memberships through LakeExpo — everybody’s source for what’s going on at the Lake.

The key is we want the membership to pay for itself, whether you need a tow or not, so we’ve also partnered with local Gas Docks and Marinas to offer members 10¢ off per gallon. There are lots of perks, but the gist is this:

We’d love to have you aboard. Join up, at LakeXTow.com.