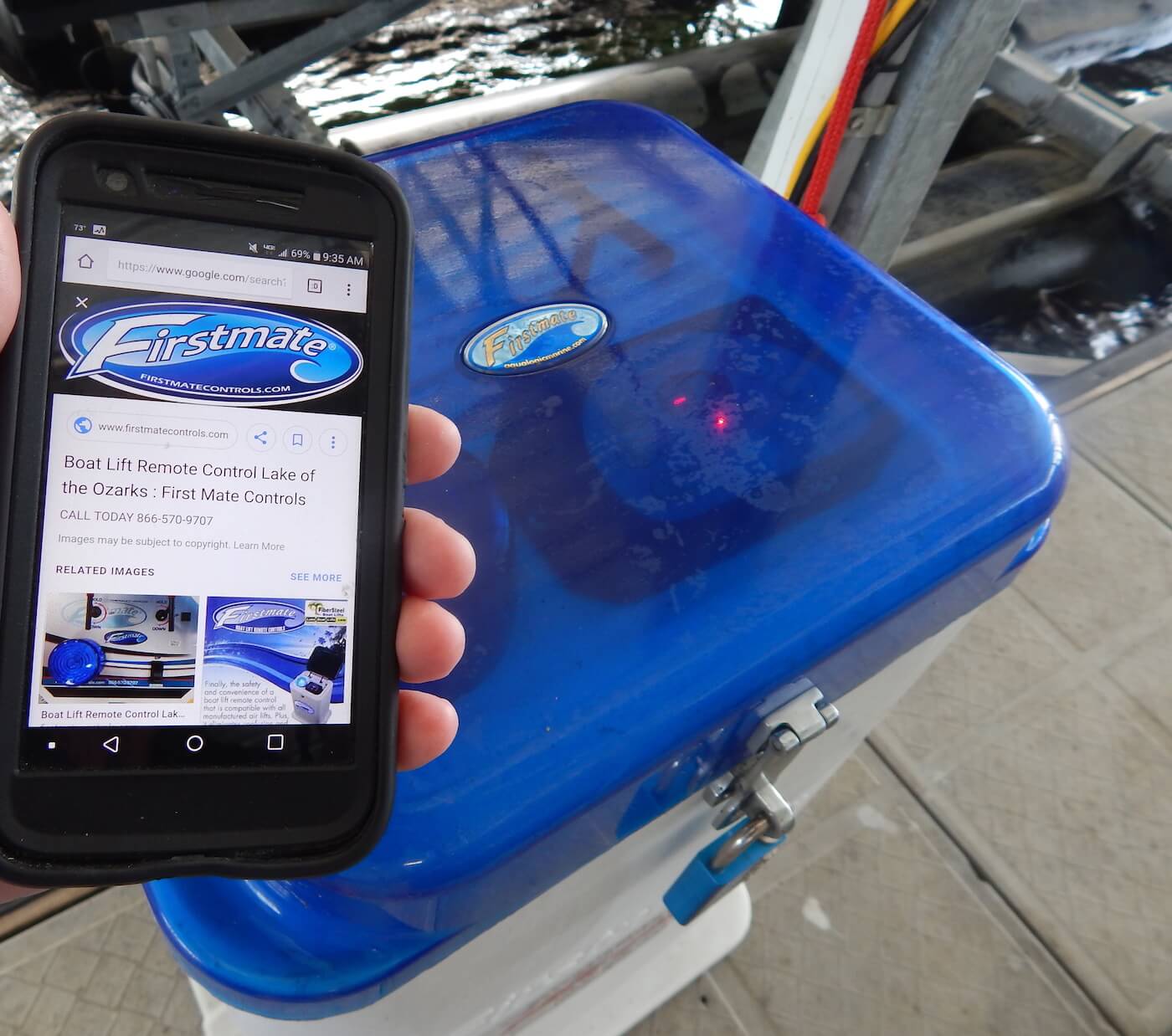 John and Julie Figura spent their dating years boating on the Mississippi. John, an electrical engineer by trade, worked in satellite communications. He has been a boater since before he had a driver’s license, and tells a lot of great stories about skiing and coving out in his 16-foot Mark Twain on the Mississippi.

Julie, a sales administrator, has been a Missouri river rat since before she could walk. Weekends were spent skiing, tubing and hanging out at the “weekend wagon” with the Missouri 56 Boat Club.

John and Julie were married in 1996. During their dating years, the agreement was when they were done boating for the day, John cleaned the outside of the boat and Julie cleaned the inside. One day, John had put the boat up on the lift and stepped away for a moment. Julie was done cleaning the inside, and decided to leap from the boat to the dock. She didn’t quite make it, and fell between the dock and boat. From her injuries came the motivation to invent the Firstmate Remote Control System. Julie explained, “If I could have had something inside the boat to lower it myself, I would not have been injured.”