“The present is the future of the past,” sings Switchfoot frontman Jon Foreman.

That profundity is not original to Jon. He loves borrowing from philosophers and historic theologians for his lyrics, and in this case, the idea comes nearly verbatim from St. Augustine in his 4th-century work Confessions (Book XI if you’re up for some superb reading).

St. Augustine wrote it more than 1,600 years ago, and rock stars are still singing his thoughts. Some things are timeless. Yet the world may change in a span as short as a century.

But when Union Electric grabbed hold of the vision for a 94-mile lake, impounded by a 2,543-long dam, the region changed forever. The $30 million project took two years to complete: a price tag and construction timeline that seem incomprehensible in 2023. The resulting 55,000-acre manmade lake was the largest in the country and one of the largest in the world, completed in the first years of the Great Depression.

Over the past nine decades, the Lake has grown from being merely a generator of electricity to becoming a generator of economic growth and tourism in Missouri. Meanwhile, the Osage Nation has returned to their ancestral land here, and they’ve got more than farming in mind.

Those with enough vision can see — or forge — the future, and the story of the Lake, as with any place, is the story of people with enough courage (or crazy) to try an idea and see if it would sink or swim. For this issue of Shore Magazine, we look back the Lake’s past (the good, the bad, and the unapologetically nostalgic), drawing it into the present for the pleasure of reliving sweet memories and the curious experience of peering into a different culture from a different time. Then after looking back, we test our prescience with an attempt to peer into the Lake’s future.

I’m convinced it’s a bright future, and we can be sure that when that future becomes the past, it will be a tale of those who acted with courage, conviction, and an eye for opportunity. It’ll make a heck of a story. 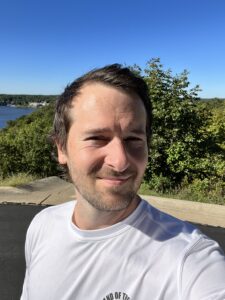