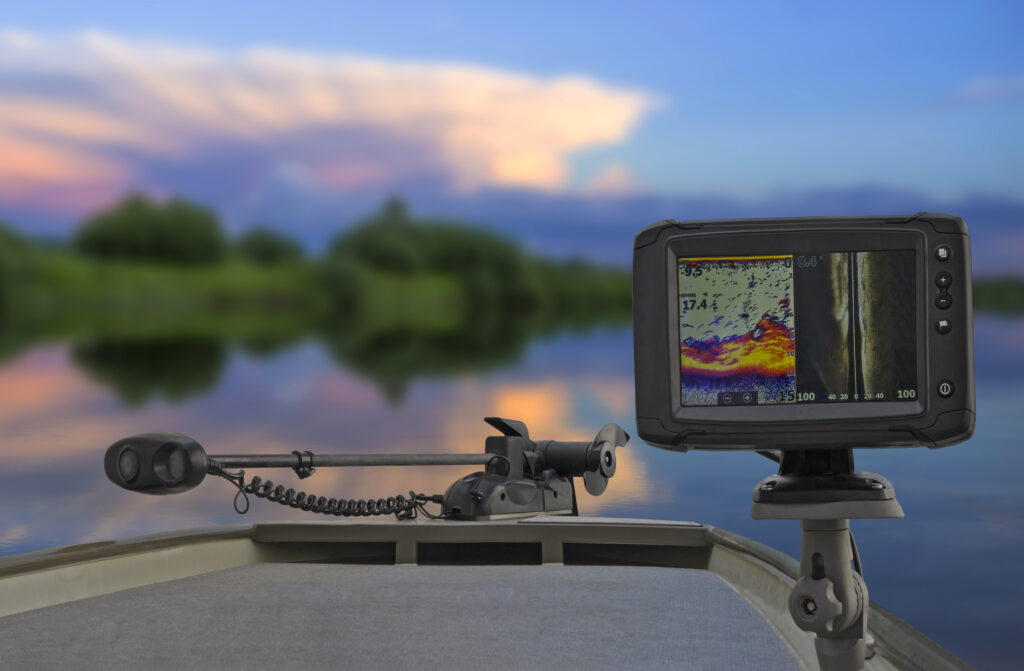 Fishermen are always angling for an edge. Some love tech, some lean on tradition, and others say it’s all about big baits.

When Andy Newcomb launches his bass boat at Lake of the Ozarks, it looks like a floating computer lab, filled with the latest fish-finding electronics.

When guide Steve Wilson heads out, it’s bare bones. No high-dollar electronics, no staring at screens all day long.

And then there are fishermen such as Cole Anderson, a young guy who combines both approaches. He couldn’t care less about having a high-dollar boat and electronics, but he spends plenty on new-age lures. Lures that cost up to $200 apiece.

They have the same goal—to catch one of the big lake’s trophy bass. But they take decidedly different routes to reach that hidden treasure.

When Newcomb started fishing Lake of the Ozarks 14 years ago, he had a simple flasher unit to help him find fish. That was it.

The dial-type device showed signals for the surface and bottom, and flashed blips on the screen for anything breaking that sonar signal between those points.

Look at him now. Newcomb has four high-dollar electronic units plugged in to spy on the bass.

At the console, he has a unit that shows a split screen with a lake map revealing contour lines on one side and down imaging providing a detailed picture of what lies below. Another unit features side imaging, detailing what lies to either side of his boat—everything from brush, laydowns, rocks, baitfish and bass.

At the bow, he has a Garmin LiveScope that shows a real-time picture of the fish swimming below and in front of his boat. And just for good measure, he has another high-dollar fish-finder and chart plotter.

Welcome to the future. 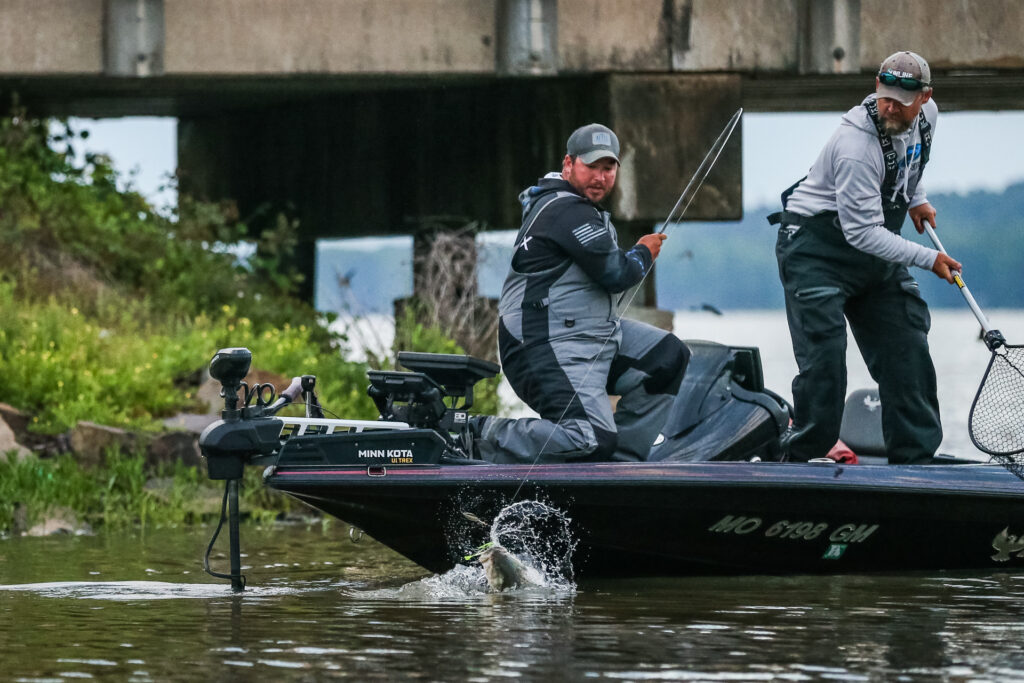 Andy Newcomb of Camdenton, Mo., uses a high-tech approach to find and catch bass at Lake of the Ozarks and other reservoirs across the country.
Photo by Matt Brown/Major League Fishing

“All of these electronics have definitely made me a more efficient fisherman,” said Newcomb, 33, who lives in Camdenton. “It doesn’t take as long for me to find fish, especially if they’re out from the bank.

“I can scan around and cover a lot of water. But there’s no one magic setting. It takes a lot of time on the water to learn how to use these electronics efficiently.”

Newcomb is a fast learner. Using that high-tech approach, he earned Angler of the Year honors on Major League Fishing’s Toyota Series this year. That earned him a berth in the Tackle Warehouse Pro Circuit in 2022.

Newcomb credits a Toyota Series tournament on Lake of the Ozarks in March 2021 for playing a big part in his success. He finished second in that event out of 146 fishermen, and he couldn’t have done it without his high-tech electronics, he said.

“The water temperature was only 34 degrees; a lot of the Lake still had ice on it,” he said. “But surprisingly, the bass were active.

“I could see them down in 20 to 25 feet of water and they were moving. I could see on my LiveScope when they would come up and take my baits.”

You won’t find a lot of high-dollar electronics on Steve Wilson’s boat.

He believes in attacking bass the old-school way—the way he has since he started guiding on Lake of the Ozarks in 2003.

“I rely more on casting accuracy than fish finders,” said Wilson, 52, who lives in Osage Beach. “A lot of the bass I catch are dirt shallow. 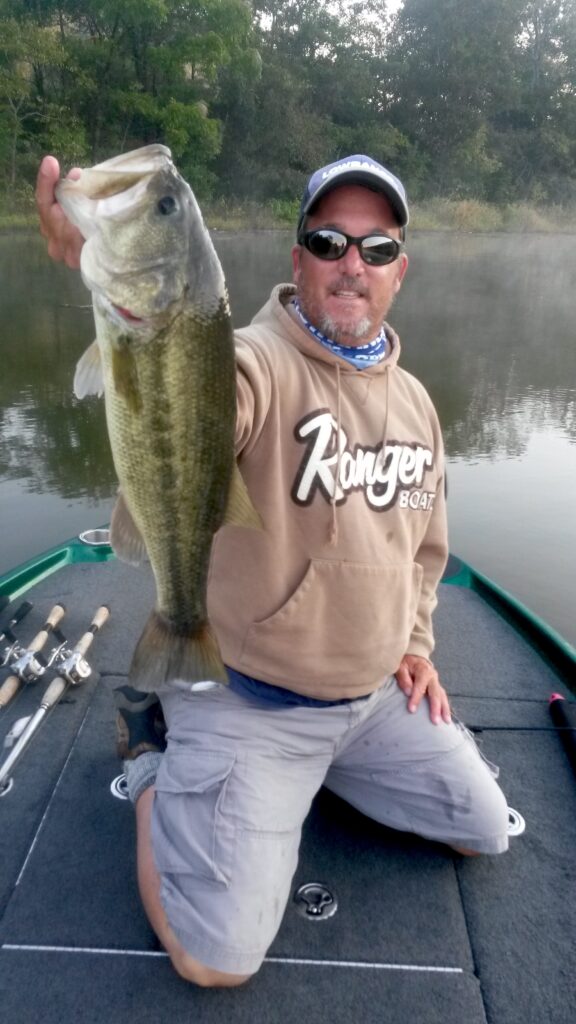 “There will always be bass up in a few feet of water at this lake. They’ll get up under a dock, around a laydown or some brush, around an old ramp, and they’ll just wait for some food to swim by.

“There are more bass shallow than most people would think.”