For nearly half a century, Poly Lift has kept boats—and the Lake community—afloat 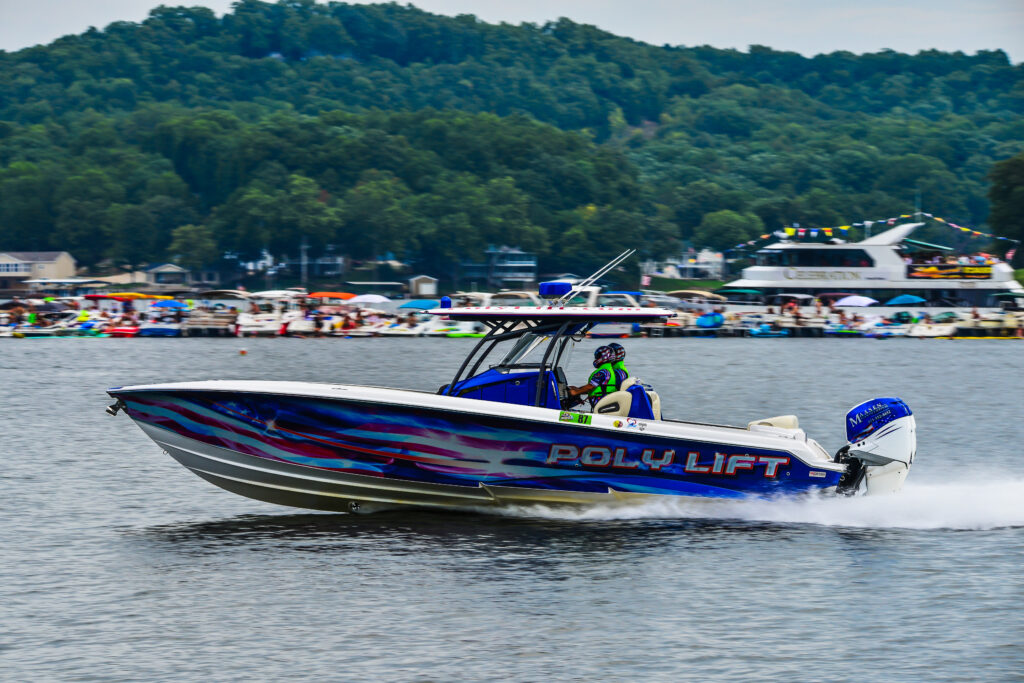 As a boat owner, it might seem like you don’t really use your lift very often. You put it down, take the boat out, and then put the boat back on it when you’re done. But the Lake is always using your lift. With wind, waves or wakes the lift is moving, supporting and protecting the precious investment sitting on top of it.

One of the longest-running and best-known boat lift companies at Lake of the Ozarks is Poly Lift, founded here at the Lake in 1975 by Dennis Maasen. He passed away a decade ago, and his sons Mike and Mark have dramatically grown the company their father started. 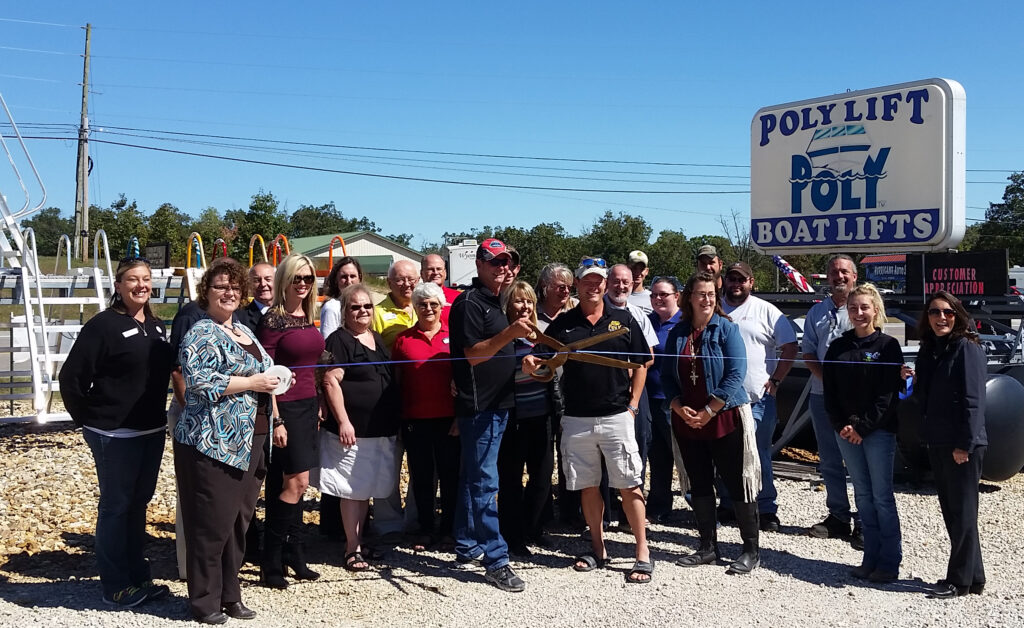 Rooted at the Lake of the Ozarks, Poly Lift does business across the country, offering a whole spectrum of services and products: lift repairs, upgrades, and transport, as well as custom-specified lift builds with a range of features. And of course, they build and sell boat lifts. The company’s core product is simply called the Poly Lift. Undergirded by tough, cylindrical polyethylene tanks, a Poly Lift promises durable construction and superior protection for boats, for the long haul.

A new line also began rolling off the factory floor several years ago, which the company dubbed Roto Lifts. “It’s our more economical kind of lift, without sacrificing all the quality; it’s still a lot more heavy-duty than a lot of new lifts you see out there,” said Charlie Noland, sales manager for Poly Lift, adding, “We try to have something for everybody.”

Poly Lift even sells used lifts, and Noland points out purchasing a used lift from Poly Lift is not the same as an “as-is” purchase a boat owner might have dug up on the Internet. “We refurbish that lift, we put new arm bolts and bushings, we set it up for the boat,” he explained. “Once we refurbish them, we put a warranty on them, so [the buyer] has some security.” 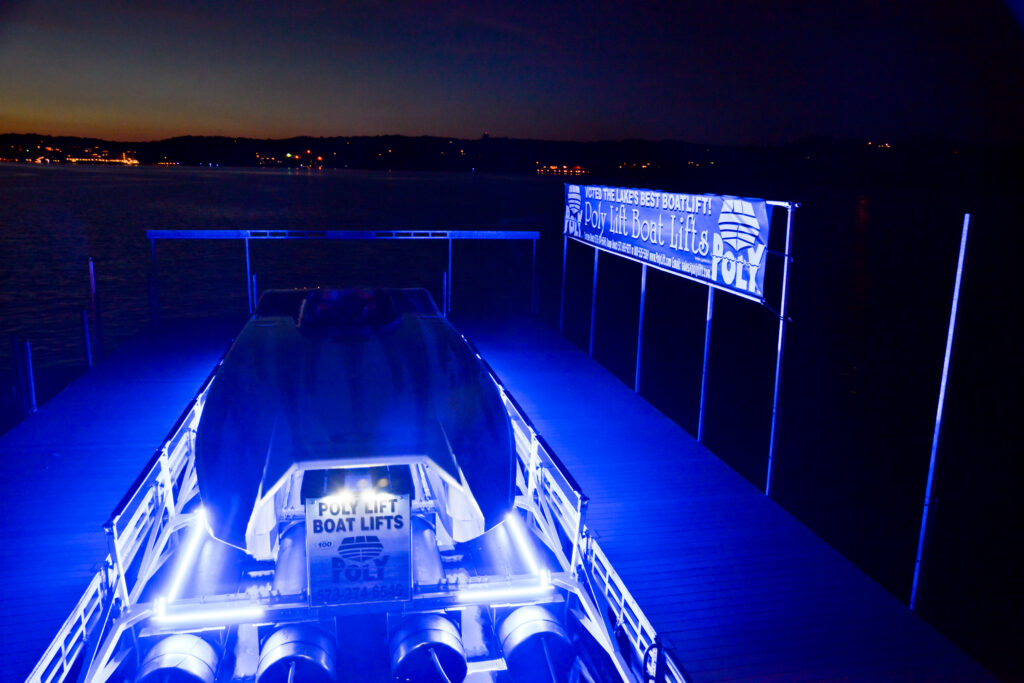 The company is known—of course—for boat lifts, but Poly Lift is also a vital member of the Lake community. They sponsor (and actually started) the annual Shootout Poker Run, which helps raise money for Lake area charities and is arguably the most popular and well-attended poker run event at Lake of the Ozarks. They also are a long-time sponsor of the Support The Troops Poker Run. Off the water, Poly Lift is a Camdenton High School top scoreboard sponsor, and they also contribute to the Lake Area Christmas For Kids charitable event. The Maasen brothers are involved in Rotary and are members of the local chambers of commerce.

For many boaters, their lift only sees use on weekend Lake getaways. So a problem with the lift can potentially spell a ruined vacation—wasted time, money, and a major letdown. Poly Lift has service team members available 24 hours a day, seven days a week, for those kinds of situations. Then, when the sun has set, the weekend is over, and the boating season ends, your lift is at its best, keeping your boat secure and ready for the next voyage. 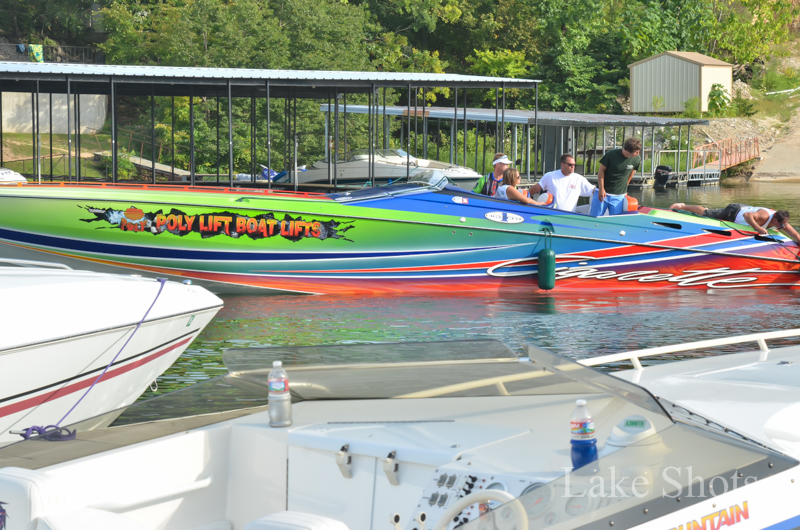 Ready to buy a lift? Consider these six things:

2. Water Depth — Some lifts are built for shallow water; others aren’t. Plus, the Lake’s water level drops by about 6 feet in the winter.

4. Boat Weight — Dry weight is only one consideration is deciding on what lift to purchase, you also need to add and figure in fuel and water capacity, and how much gear you plan on adding to your boat.  Nothing worse than a marginal lift for your investment.

5. Tank Material — Metal and fiberglass tanks are out; Poly Lift’s polyethylene tanks won’t rust and are so thick they can’t be pierced by a bullet.

6. Tank Shape — Poly Lift’s cylindrical tanks with domed ends are stabile platform to build off of and the domed ends absorbs wave action by disbursing the water around the tank instead of hitting a blunt flat surface and the same goes with the Roto tanks.