Lake History: The Lake Of The Ozarks In The 1930s

The Lake of the Ozarks has evolved from a rustic hunting and fishing destination to the boating Mecca of the Midwest. Here’s a peek at the first four decades: from the building of the dam in 1932 to the start of the Lake’s heyday in the 1960s.

The economic crash of 1929 ignited changes in lives and lifestyles across the nation. One change was a shift from an agrarian nation to an industrial one. Banks were unforgiving as prices for yields per acre fell, and in 1931, nature was as unforgiving as the economy. High winds carried whole fields away. Farmers throughout the Midwest left the land to find work in cities where they began to punch a time clock every day, their lives now governed by hours in the day rather than seasons. They hoped for good wages and leisure time, but massive losses in wealth and industry soon smothered their hopes—except here in central Missouri.

A hydroelectric project in the Ozarks of central Missouri spared a large segment of the country from the hunger and poverty gripping the rest of the United States. The industrialization following WWI, the massive electrification of American cities, and the growing movement to bring electric power to the farms spurred the massive construction project. Bagnell Dam would harness the Osage River and produce electricity for a growing nation. 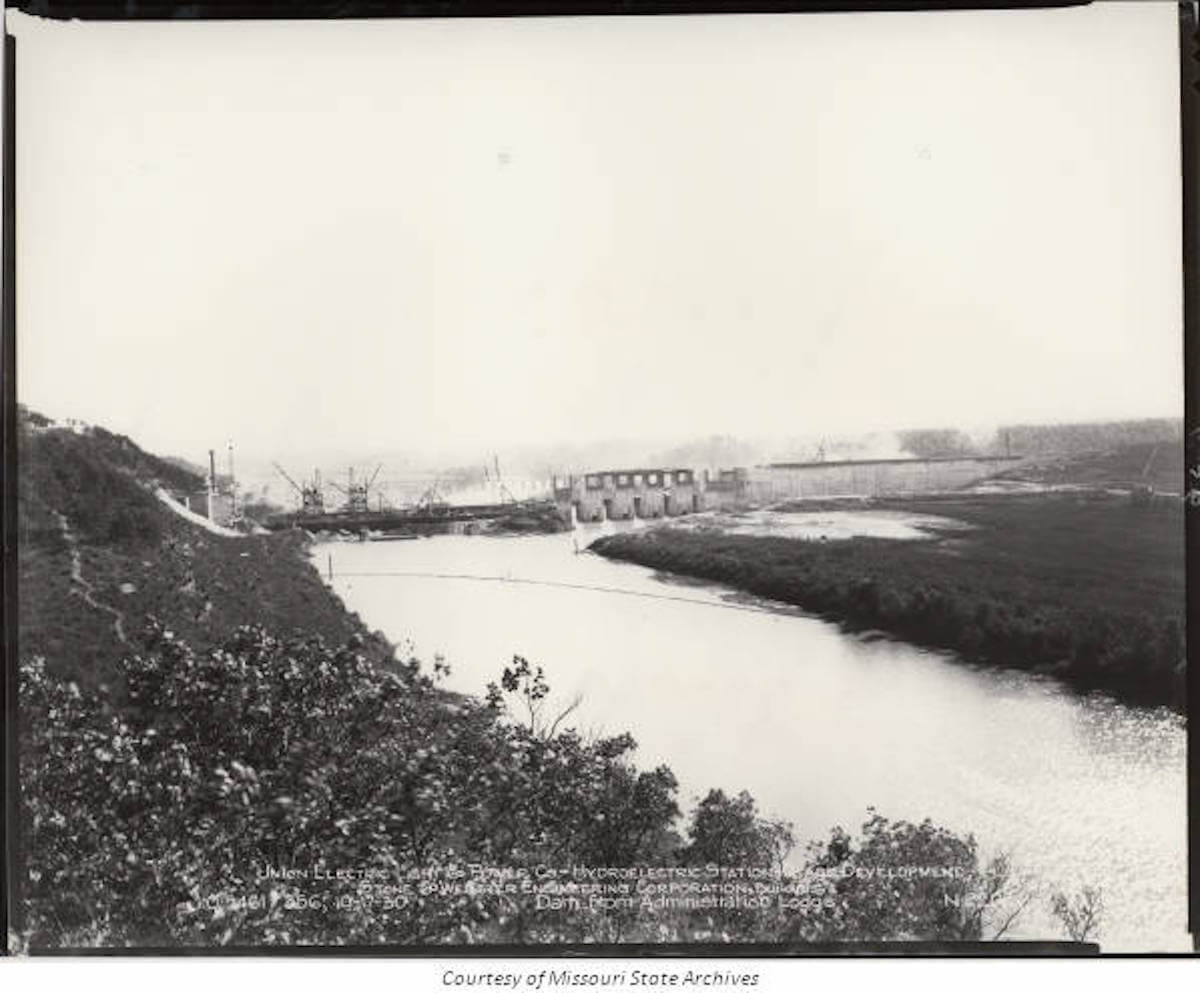 All construction of the dam was done by hand labor.…