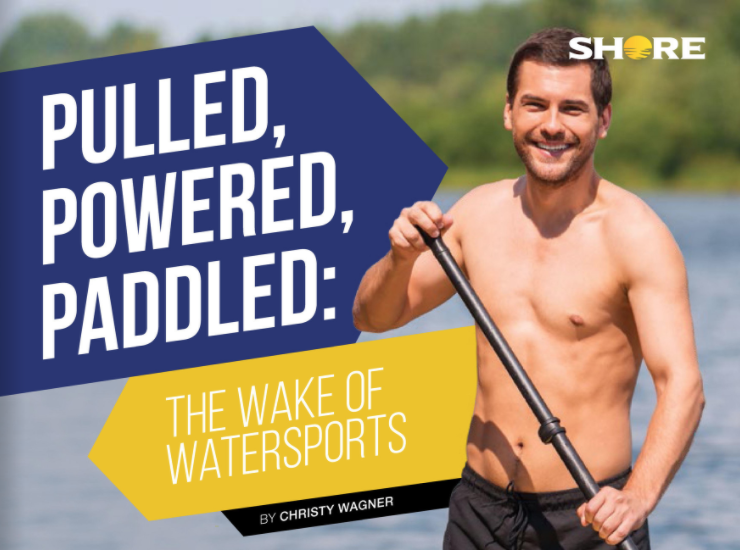 A Brief History Of Watersports

What is it that brings outdoorsmen and women alike back to the Lake of the Ozarks every weekend, from Memorial Day to Labor Day, rain or shine? What is it that draws these like-minded souls to commute for hours on end, year after year—many of whom share the same eventual goal of permanently relocating from their home cities and/or states for a life of untamed liberty and unconfined waters? When it comes to satisfying an endless want for wanderlust, need for adventure and wonder of water, some might venture to say that the Lake of the Ozarks has become their home away from home.

With over 1,100 miles of shoreline spanning across four Missouri counties and ranging from rugged to resort-style waterfront properties, there is an attainable acquisition for nearly anyone: boating, fishing, swimming, hiking, and socializing account for the estimated 3.5+ million tourists who visit the Lake of the Ozarks every year. From Truman Dam in Warsaw to Bagnell Dam in Lake Ozark, the 88-year-old manmade lake originally built to supply electricity for Saint Louis encompasses four nautical arms and covers over 93 square miles along its main channel.

Since the Lake of the Ozarks’ completion in 1931, an estimated 70,000 homes, many of which are seasonal, have become vacation ports for every major watersport activity imaginable. While some boat enthusiasts prefer speed and performance, others choose sport and play as they join together to account for the nearly 10,000 vessels operating along the Lake of the Ozarks on major holiday weekends. From the bustling Main Channel to its easeful arms and even calmer coves, revelers enjoy a range of watersports. Here’s a look at how those watersports have emerged and evolved across the decades. 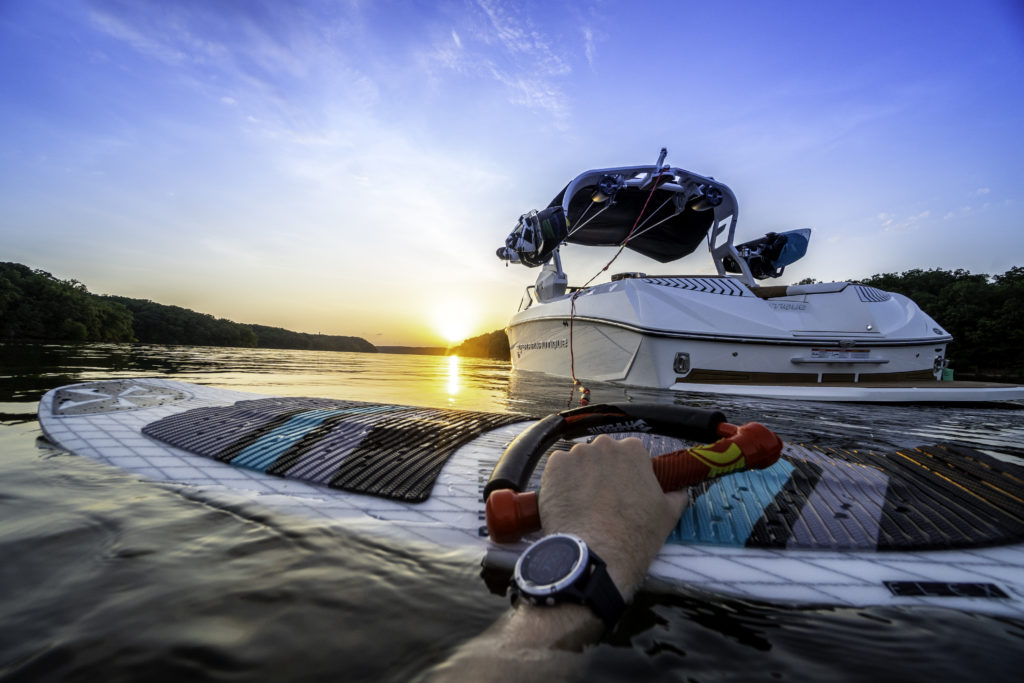 The history of water skiing can be traced back to Lake Pepin, Minn., nearly one century ago and nine years prior the completion of Lake of the Ozarks. After strapping two 8–9’ boards to his feet with leather straps, Ralph Samuelson successfully navigated the waters of Lake Pepin while being pulled by boat, thus inventing the sport that many know and love today. Samuelson made history again by jumping from a makeshift ramp on water skis while being pulled by boat, which has since inspired stunt-style competitions and events worldwide.

In the years since, the Water Ski & Wake Sports Foundation has come to recognize slalom, trick, jump, show, and collegiate skiing for seasoned skiers and thrill-seekers alike. Adaptive skiing, which was originally developed for disabled World War II veterans, has been proven to provide therapeutic benefits and a sense of freedom for individuals with developmental, cognitive, or physical disabilities.

With over 200 sanctioned tournaments over the past several years, the wakeboard has developed a competitive following in the United States as a nationally recognized watersport. Having evolved in the mid-1980s as a cross between a ski and surfboard, the wakeboard allows its rider to balance upright with their feet bound to a singular board, easing their ability to perform aerial maneuvers while vaulting over the crests of passing wakes.

So what option remains for those who’d prefer to just sit back and enjoy the ride?