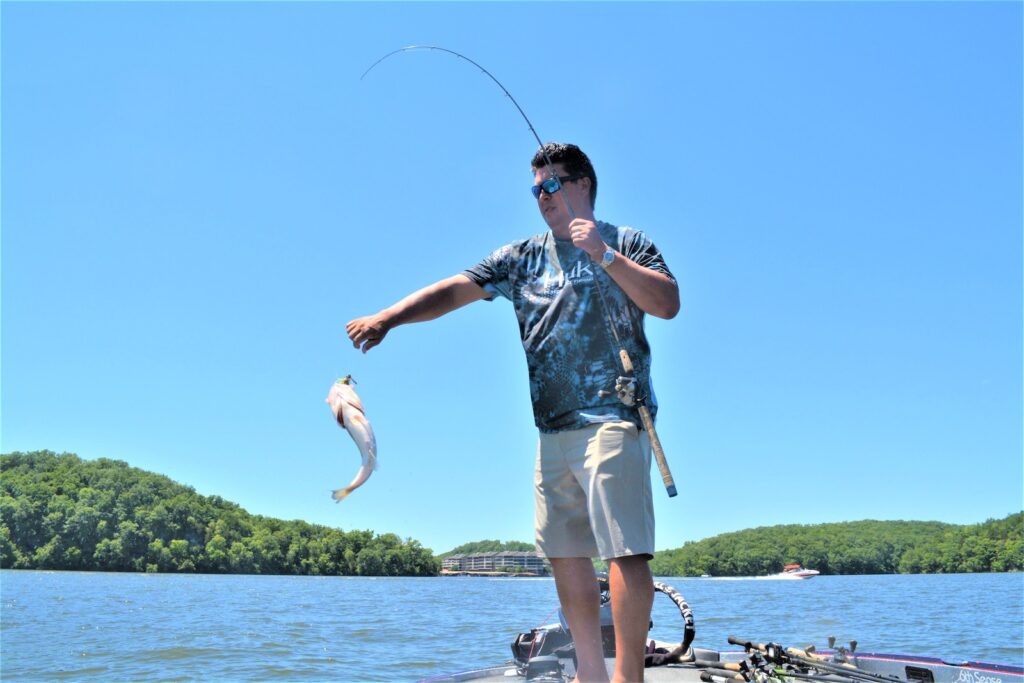 Photo by Brent Frazee
Marcus Sykora, one of the top tournament fishermen at Lake of the Ozarks, credits the lake’s busy season with giving the bass a summer break.

Lake of the Ozarks’ busy summer gives anglers a unique advantage for the rest of the year.

It’s a mid-summer day, and Lake of the Ozarks has become one giant boat show.

It’s a great time to be a boater… but not necessarily a fisherman.

With the increased activity, daytime fishing at the Lake temporarily comes to a halt. As one fisherman said, “It’s almost impossible to stand on the deck of a boat and work a point with all of the waves crashing in.”

But that’s not necessarily a bad thing. In fact, the fishermen who know “The Big Lake” best say it is a blessing in disguise.

The bass and crappies get a summer vacation, so to speak. And that is one of the keys to the excellent fishing Lake of the Ozarks is known for.

“Post-spawn is usually when the bass get heavy fishing pressure at many reservoirs,” said Marcus Sykora, one of the tournament fishermen at the lake. “But that also coincides when we start to see a lot of boat traffic at Lake of the Ozarks, so the fish get a break. 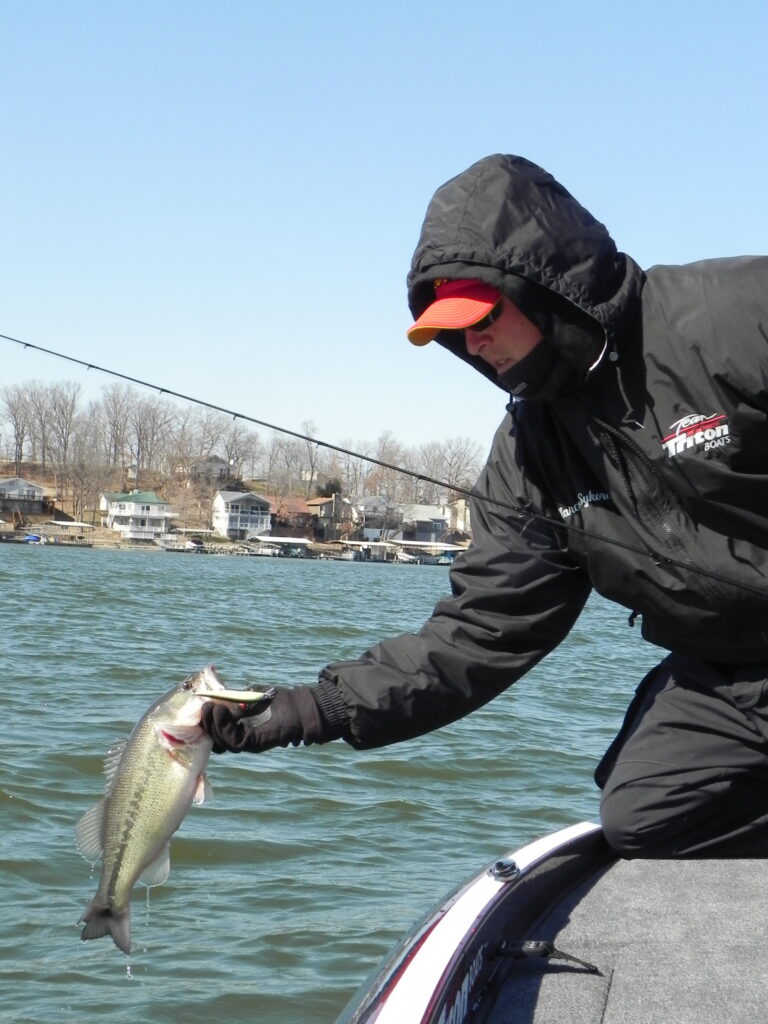 “You can still catch them early or late in the day, but there aren’t many fishermen who want to fight the waves during the day. I’m convinced that is one of the reasons why our bass population is so strong.”

There are other factors, of course. Lake of the Ozarks doesn’t receive the wild water fluctuations during the spring months that some reservoirs do, so the bass spawns are consistently good. The Big Lake also has great shad populations and plenty of cover in the form of the hundreds of boat docks.