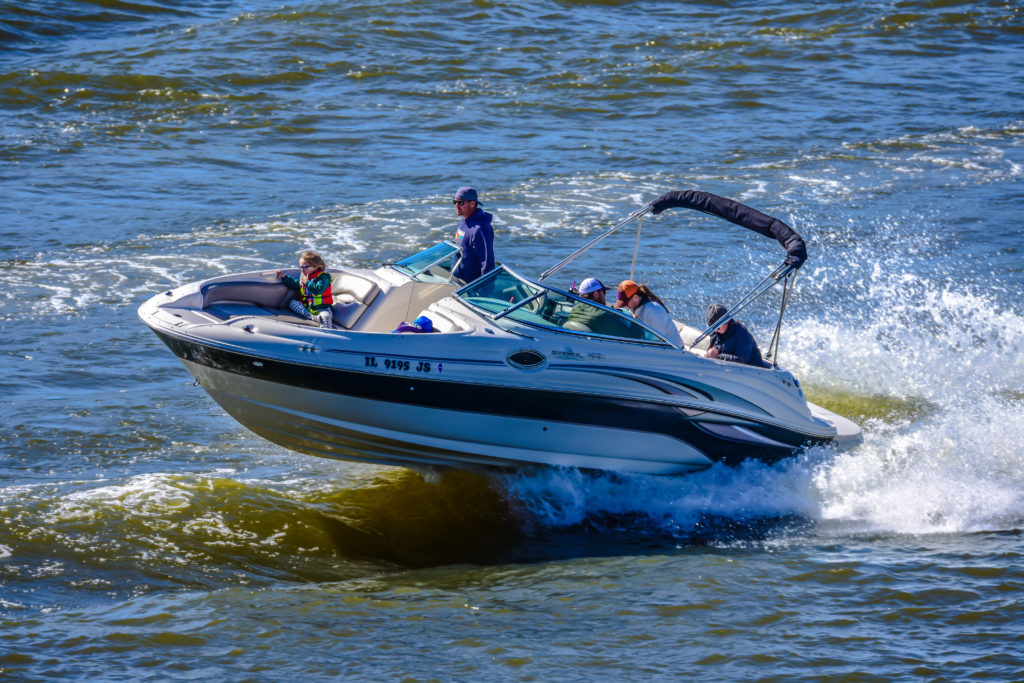 It’s the cavitation of fun on the most popular recreational Lake: The Wake. It inspires the adventurous boater and the ire of those yearning for calm waters of yesteryear at Lake of the Ozarks.

The ‘Wake’ today is controversial, with social media ablaze at every mention of the word. The anti-cruiser contingency types furiously rail against “ocean yachts that have no place on the Lake,” as if thumb-pounding the tiny keyboard in their phone will make big boats disappear.

“Watch Your Wake!” The campaign launched by local marine dealers gets it right by advocating courteous boating.

At the helm of it all, thousands of boat “drivers” run the gamut of skill and experience. Owning a boat is often the dream, but becoming an excellent captain is something else entirely. Boater education has the most potential to calm the wake issue, but there is no substitute for time on the water. That’s really the Catch 22.

The only constant is: conditions change. Winds will shift, cruisers will plow, and squalls will catch you. With that in mind, here are SHORE’s top ways to handle rough water at the Lake: 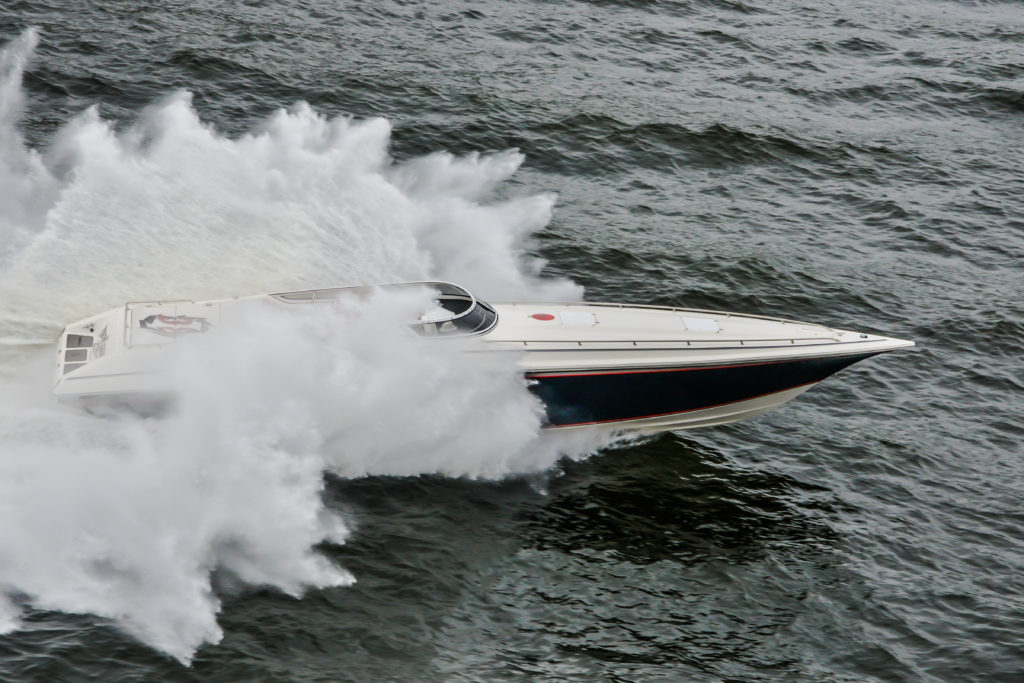 No matter the level of experience, knowing the boat is key to taking wakes. Coming to an understanding of speed and trim is the difference between sloshing about and riding above it. The boat always has a point at which it’s the most comfortable. Find the cruising combination that makes the boat happy, and do your best to keep her happy. Ultimately, taking a wake at the point of impact is about feel. If carrying precious cargo, take it slow and throttle through it.

While 45 degrees has long been the rule, every boat is different when it comes to slicing through wakes — it’s going to take practice. And keep in mind, on a busy Saturday with boats all around in occasionally tight spaces, boaters just can’t cut in and out of wakes at 45 degrees without considering what’s ahead, what’s at 6 (behind you), port and starboard. Designate a first mate and make them a spotter. 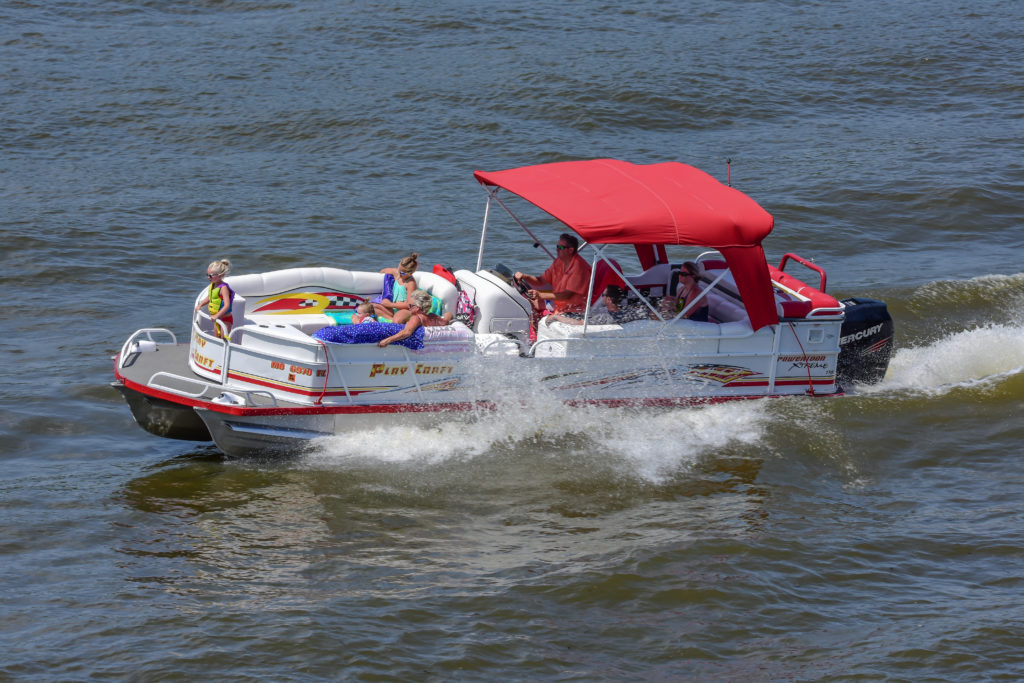 Predict the next set of challenges by seeing what lies ahead. If there are several cruisers approaching two miles away, make a mental note and anticipate slowing and adjusting for a set of rollers on the way.

Be in the right place

Use common sense when placing passengers in the boat. She might like the feel of freedom and the wind in her hair, but Grandma should not be sitting in the front of a bowrider. Seat passengers where it makes sense to keep them safe in rough water. In a smaller boat, balance passenger weight to keep the ride smooth and everyone dry.

Know where you are 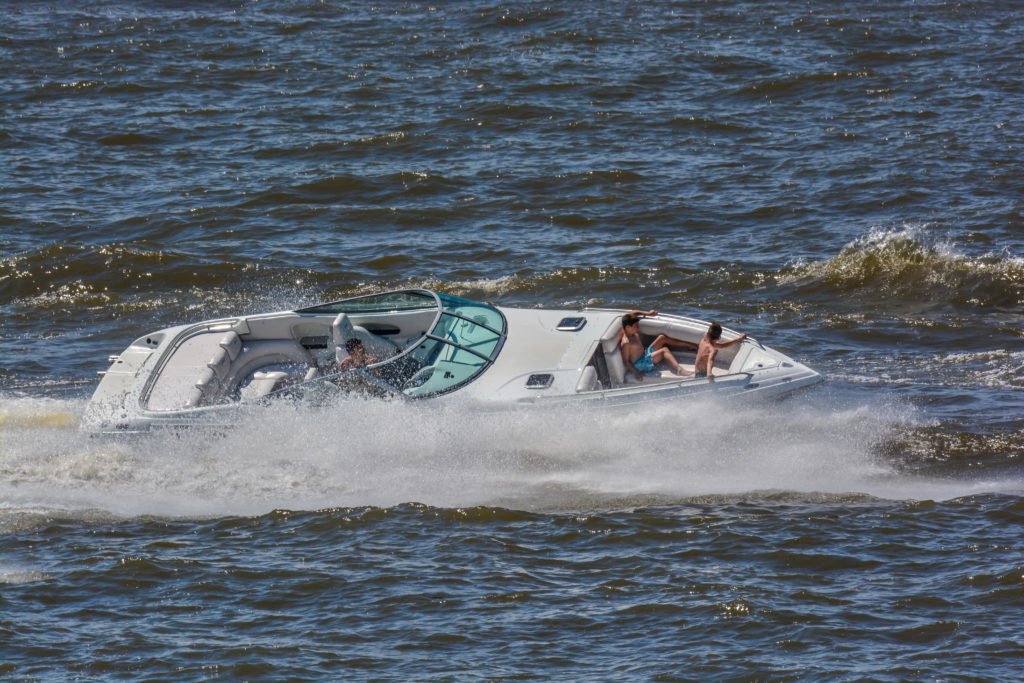 Several locations at Lake of the Ozarks are notorious for rough conditions, especially on a summer Saturday. Always slow your vessel when approaching the confluence of the Main Channel and the Glaize Arm; it has become the most active area, capable of producing five-foot swells. Only a couple miles downstream, the waters under the Community Toll Bridge are continually torrid. Watch your crew close when headed upstream rounding the bend after twin islands at the 8 MM. Two spots on the Gravois are particularly noteworthy: the turn into the bay at the 0.5 MM and the narrowest area of the arm where boats congest and wind picks up at the mouth of Mill Creek Cove near Jolly Rogers. Finally, take heed at the Four Corners, the convergence of the Niangua Arm, Linn Creek Cove, and the main channel as it bends to the Hurricane Deck Bridge. Regardless of boat traffic, it’s always good practice to slow down and heighten awareness in all of these areas.

Captains who have done the training and the hours on the water usually baulk at the term being used loosely. But “Captain” is more than an earned designation, it’s an attitude. When at the helm, the boater is responsible for the safety of everyone aboard at all times. Act like it. Take charge, stay sober, encourage lifejackets, and take wakes right.