Inside the schemes and dreams of two very different groups with the same aim: be the first to build a casino at Lake of the Ozarks. The buzz of energy and anticipation fills the room. Lights glimmer off cocktail glasses and diamond jewelry. A shout erupts from the craps table nearby: snake eyes. But here, at the poker table, four players sit quietly, eyeing their cards, eyeing one another, calculating the odds.

Some — of course — have better hands than others. But none are donkeys, and there’s more than one whale; they can afford to bleed for a long time before they take the big win.

This is the high-stakes game to bring a casino to Lake of the Ozarks. The government is the house (and the house always wins). Here’s who’s at the table.

A group of ten investors, Osage River Gaming has — mostly quietly — been strategizing, calculating costs, and pressing advantages for years in their bid to build a casino at the Lake. They’ve lost their fair share of hands… but they came to the table with a giant stack of chips.

Their greatest obstacle: the Missouri constitution. It (seemingly arbitrarily, but nothing is arbitrary in this game) restricts gambling to excursion boats on (or within) 1,000 feet of the Missouri or Mississippi rivers. It also limits the number of casinos in the state to 13, via licenses issued by the Missouri Gaming Commission.

Their only hope: to change the Missouri constitution. That takes a vote of the people, and there are only two ways to get the proposed constitutional amendment on the Missouri ballot: legislative action or a citizen’s initiative petition (CIP).

For now, ORG is trying the former, but they keep getting dealt a bad hand. They started in 2020 with then-State Representative Rocky Miller: a native son of Lake of the Ozarks, whose district included the area where the group hoped to build. Miller’s bill would have changed the state constitution to also allow gambling on the Osage River downstream of Bagnell Dam. In February of 2020 he called it “the bill that won’t die,” referencing his amazement at the bill’s progress through committee. Two months later, the Covid chaos and shutdowns of 2020 killed that bill, and most others. That was Miller’s last year in office before being term-limited. Since then, ORG has worked with other lawmakers to draft a similar bill, plus a provision that another gaming license be added to the state maximum and it be earmarked for a casino on the Osage River. As long as the bill passes in 2023 or 2024, it’ll show up on the 2024 general election ballot. “We have lots of polling data that, statewide, it passes,” said ORG investor Tim Hand.

They’re eyeing the guy in Seat 3, though, calculating his chances. They doubt an Osage Nation Casino will be in scale operation anytime soon. At least not, they figure, before ORG can open its own.

And while it may not be accurate to place the consultants as competitors at the poker table — since their job is to help their client succeed — they’re not working for free. The Bardgett group is looking for a win.

“I was the least confident in our group,” Hand said of the early days in the legislative process. But he says he’s sanguine about their chances now, thanks in part to the consultants. Bardgett is a whale in its own right, with a client list that includes Anheuser-Busch, Walgreens, and the St. Louis Cardinals.

“It’s costing an arm and a leg,” Hand acknowledged. But he added, “The quality of the lobbying firm matters.”

What’s their ace-in-the-hole? Relationships. The Bardgett group can send a text message and have a Missouri political leader on the phone, in minutes.

Meetings happen on big boats — why wouldn’t they? Cruising down Lake of the Ozarks, investors pitch lawmakers the concept… and it’s not a hard sell. The consultants are behind it all: setting up the meeting, mixing and mingling, and giving little nudges into conversations that lead to bill-sponsorships and “yes” votes. 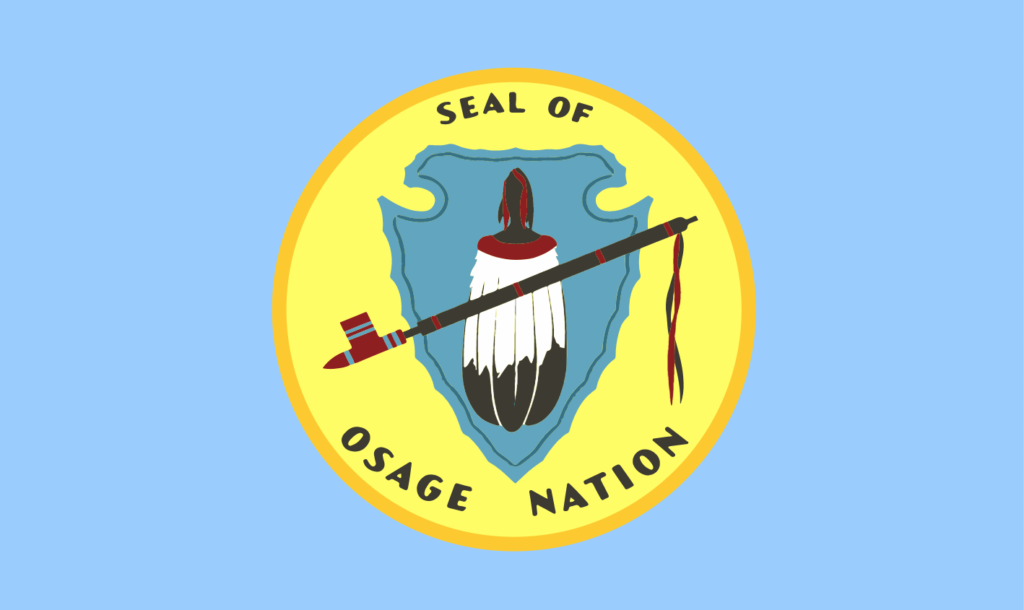 They came later to the table, but Osage Casinos are card sharks, and they play for keeps. Already operating seven casinos in Oklahoma, all opened in the 21st century, the casino operations entity of the Osage Nation exudes confidence and experience. Historically, the Osage Nation once thrived in Missouri with an estimated population of up to 200,000 members at its height. The nation met Lewis and Clark when the explorers stopped for the night on the Osage River in 1804. In the two centuries since then, the Osage have established themselves in northern Oklahoma. But in 2021, they purchased a key piece of real estate in the heart of the Lake of the Ozarks region: an idle 28-acre tract at the intersection of two major corridors, Osage Beach Parkway and Bagnell Dam Boulevard.

In 1988, Congress established the Indian Gaming Regulatory Act (IGRA). This federal law provides tribes and states with a legal framework to develop tribal gaming and is the reason the U.S. has tribal casinos. Not subjected to Missouri constitutional restrictions on gaming, the Osage must obtain trust status for their land with the federal government, and a gaming compact must be in place with the state of Missouri for the casino to fully operate. 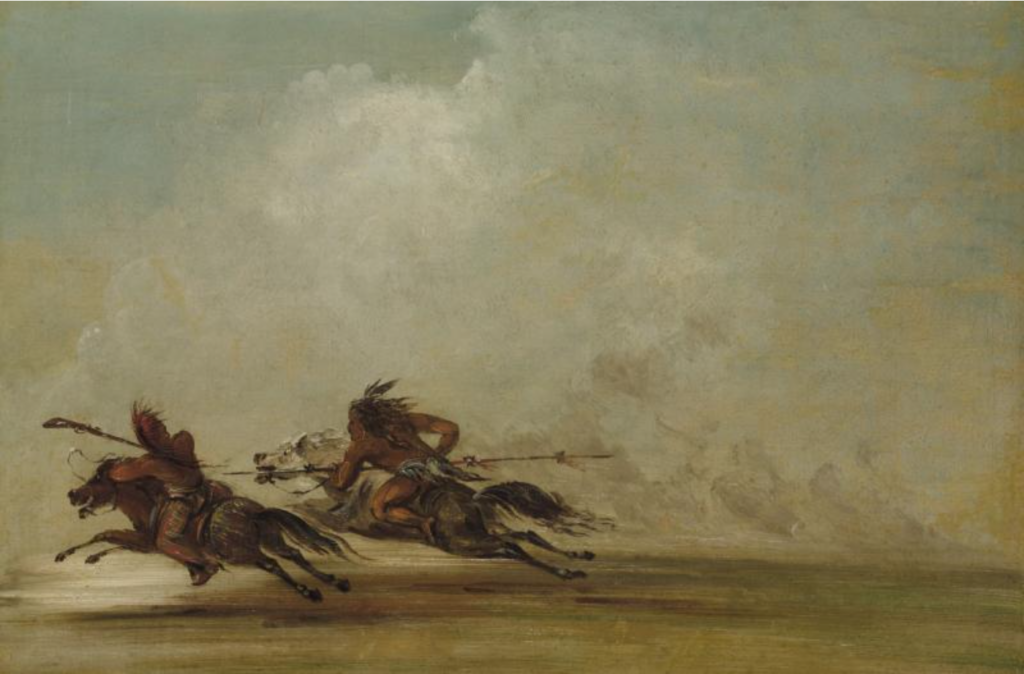 The Osage Tribe’s historical influence is found in homages throughout the Lake region. At the entrance of the Bagnell Dam Strip, a towering “Chief Bagnell” greets visitors. The City of Osage Beach, Osage County to the south, and School of the Osage all have the tribe as their namesake. As it returns to its ancestral land, the nation is also working to build rapport in the community that’s already there. And this is where the massive pile of chips they brought to the table comes in handy.

The nation acknowledges its independence from the tax burden other local businesses face, pointing to the major contributions it makes to community organizations in which it already exists. “We have established very good relationships with several communities in Missouri and seek to have a presence back in our homeland,” Osage Chief Geoffrey Standing Bear said at the time of the Lake Ozark land purchase. The announcement of their planned $60 million casino was met with praise by state lawmakers, community leaders, and the Missouri Hotel and Lodging Association. President/CEO of the Tulsa Regional Chamber of Commerce Mike Neal sings their praise. “Providing competitive entertainment options is a key economic driver for the Tulsa region, and Osage Casinos continues to be a draw for concerts, gaming and weekend getaways that have boosted revenue for our region,” Neal said. “Not only do their businesses generate growth for Tulsa, but their generous support of non-profit organizations has helped improve our community. When Osage Casinos succeed, the community sees the benefits of the Nation’s success.” He added, “The Lake of the Ozarks should expect a similar relationship with the Osage Nation.”

But enthusiasm for the project is not univocal at the Lake, and the nation is hoping to sow the seeds of community goodwill in part by opening up its checkbook. Beloved local charities Kids Harbor and CADV received more than $30,000 apiece from the Osage Nation in April of 2022. Then in October, the nation donated $100,000 to community organizations ranging from law enforcement and the Lake Ozark Fire District, to youth programs like sports and robotics.

“Buying favor,” say the Facebook detractors. The Osage Nation might reply: yeah, so? When a businessman takes a potential client out to lunch… when a lovestruck young man makes grand gestures for the lady who’s caught his eye… are these, too, “buying favor?” What begins as an unexpected gesture may later be the beginnings of a rich relationship. No one knows what card will be dealt next. 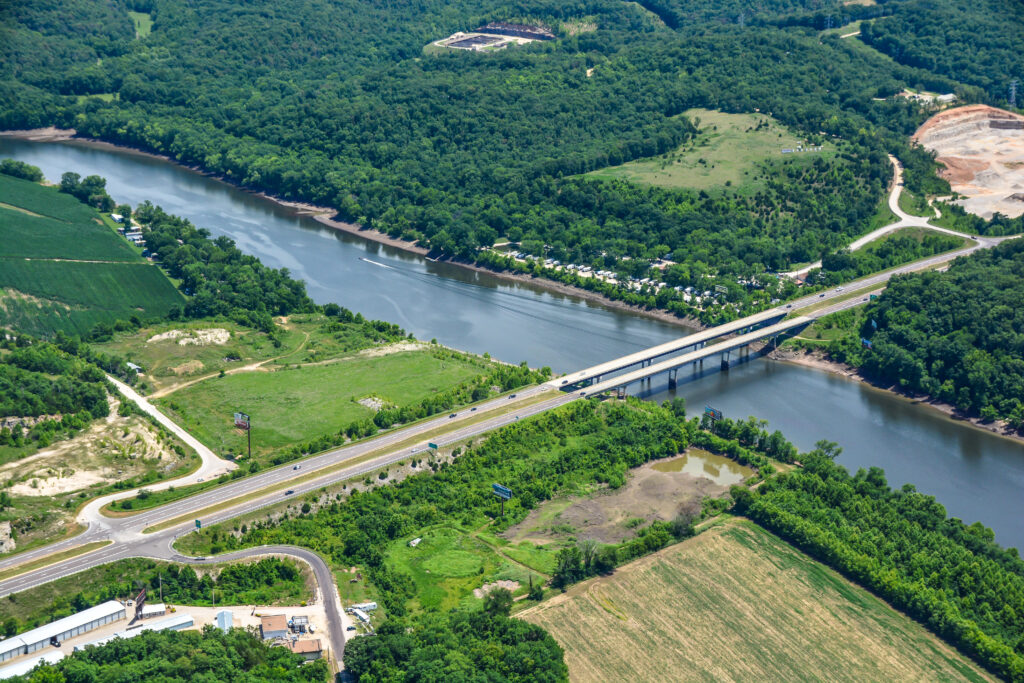 The Highway 54 bridge over the Osage River, near where the Osage Nation plans to open a casino. Photo by Lake Shots Photography

Consulting the Osage Nation is Strategic Capital Consulting. Founding Partner Steve Tilley served in the Missouri House of Representatives from 2004 to 2012. In addition to its consulting work, the group works for the Osage to facilitate community and political relationships. They publish donation announcements and amplify voices of community support for the Osage Casino plans. In a unique twist, Rocky Miller — the former lawmaker who first worked with Osage River Gaming in their efforts — is now consulting with the Osage Nation as well. The Cherokee and Osage Nations fought fiercely in the early 19th century over Osage territory in the Arkansas River Valley. Now Miller — a citizen of the Cherokee Nation and member of the Board of the Trail of Tears, Missouri Chapter — is working with the Osage to help bring a casino into the Osage River Valley.