The Go-Fast Scene: Lake Of The Ozarks Is The Center Of Speed 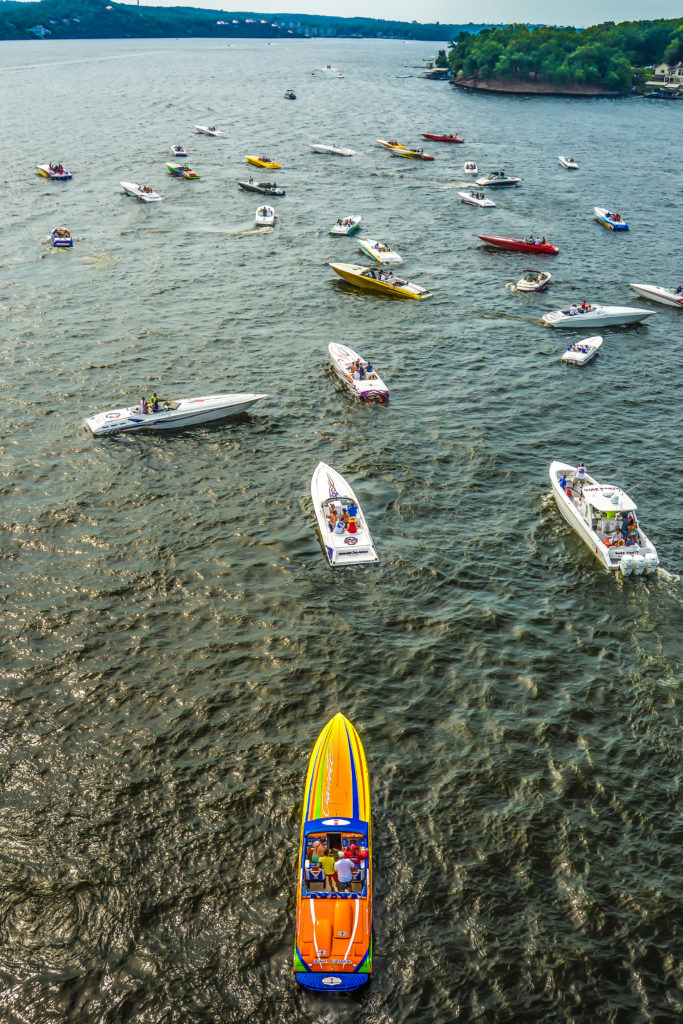 All motion, Einstein tells us, is relative. A mach-speed fighter pilot outstrips the rat race on the highway far below. There white-knuckling drivers jockey for position, darting at speeds measured in single miles per hour. Everything, though, must seem swift in the eyes of a sloth. Yet all three imagine they are moving at just the right pace.

At Lake of the Ozarks, some boaters prefer the slowest speeds: paddling through coves and along shorelines. Others need speed pragmatically. Tubers offer a “thumbs up” or “thumbs down” in the search for the fine line between fun and fright. In one of his many essays on psychedelics, Huxley muses further about the drug (not the narcotic) of speed: “[S]peed is like all other pleasures; indulged in to excess, they become their opposites. Each particular has its corresponding pain, boredom, or disgust. The compensating drawback of too much speed-pleasure must be, I suppose, a horrible compound of intense physical discomfort and intense fear.” Indeed, watersports lovers know this too well.

But then there are those at Lake of the Ozarks who crave speed for its own sake. More and more performance boaters—colloquially called “go-fast” boaters—are finding a lake in central Missouri is especially suited for their preferred pace.

At the center of the Lake’s powerboating scene—and the most obvious, visible introduction to this place for boaters no matter their preferred speed—is the Lake of the Ozarks Shootout. Celebrating its 31st anniversary this year, the Shootout is the largest unsanctioned powerboating event in the nation and has brought competitors from around the world to push their boats to the limit, just downstream from the Hurricane Deck Bridge. 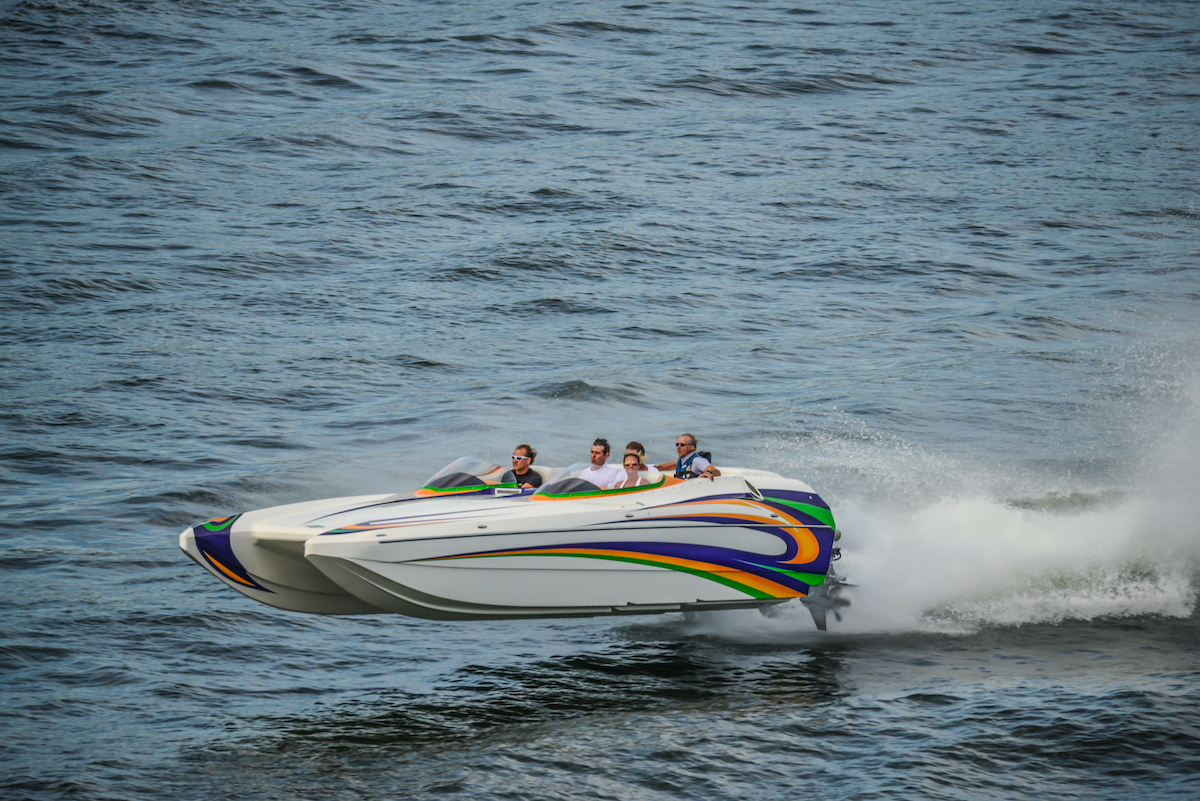