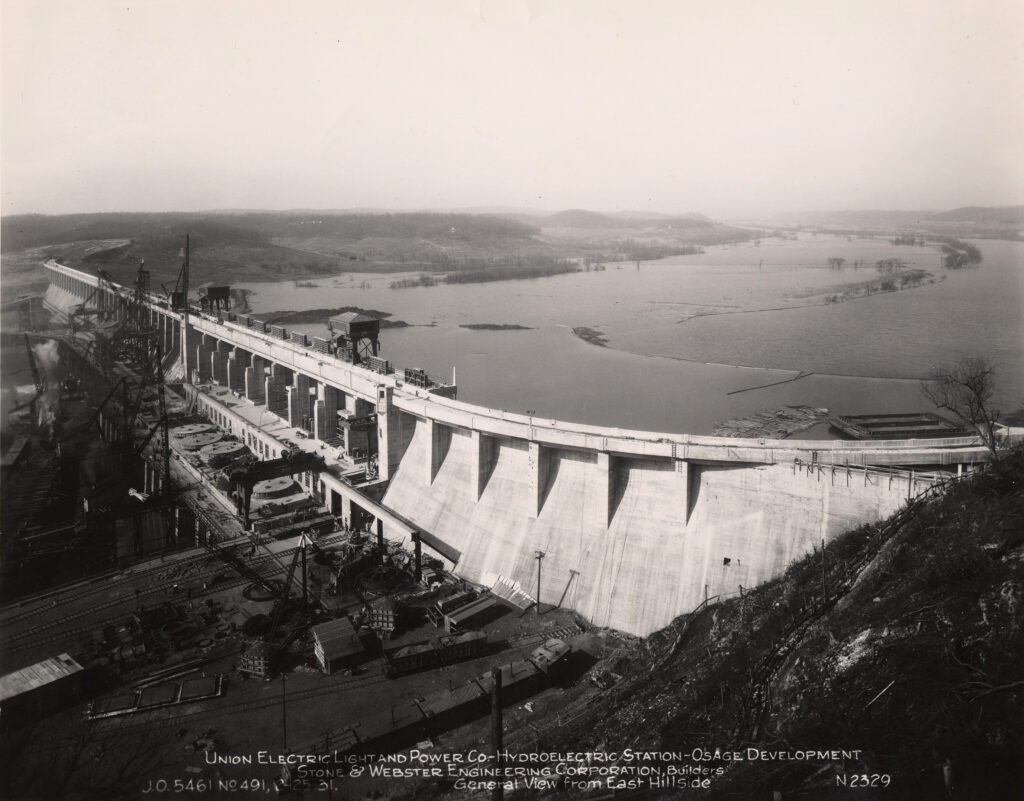 Filling the Lake, 1931
Photo courtesy of the Lake of the Ozarks Convention and Visitors Bureau

Beneath these waters, a history lies…

by Janet Dabbs, with additional information by Michael Gillespie (posthumous)

Bagnell Dam was—and is—an engineering marvel, one that would supply electricity to Missouri and, in creating Lake of the Ozarks, bring economic prosperity to an entire region. But the massive project also has an unknown back story, a human story.

Construction on the dam began in 1929. The project was truly massive. Sixty-thousand acres of land had to be acquired. The planned structure was seven blocks long, reaching a height of 148 feet, equivalent to a 12-story building. One million cubic yards of earth and rock, as well as homes, churches, businesses, cemeteries and more had to be moved. Approximately 30,000 acres required clearing. Through a combination of land purchases and controversial imminent domain, the project amalgamated countless properties into one, with the plan to flood an entire region and create Lake of the Ozarks. This meant the relocation of cemeteries, households, and towns; family land held for generations would soon be part of the rugged Lake floor, lost far beneath the surface.

Union Electric offered property owners a “fair market price.” If part of the land was on high ground and only a portion were to be flooded, then a portion of that value was paid. Not everyone was okay with that. “It disrupted their lives. It was not by their choice,” Camden County Historical Society President Daphne Jeffries said. “Fair market value is okay, but what price can you put on history, family heritage and destroyed livelihoods and trades, taught and passed down through generations?”

In 1903, Robert McClure Snyder, a Kansas City businessman, purchased the natural wonder that is Ha Ha Tonka for $28,000. He had a dream of building a remote Ozark retreat complex. In 1905, he began construction on a three-and-a-half story, European style castle, complete with greenhouses, a carriage house, an icehouse, and a 50 ft. water tower, which later housed several families below.

“Here I will spend my leisure, secure from the worries of business and the excitement of city life. I will fish and loaf and explore the caves of these hills, with no fear of intrusion,” Snyder had idealistically said.

Snyder’s dream came to a tragic end. He died in an automobile accident in 1906, before completing the castle. His sons continued the work, though, and the magnificent 16-bedroom, six-bath castle was finished in 1922. A small village around the castle included homes, a school, a post office, a hotel, and resort cabins.

When the Snyder sons were approached by Union Electric to set a price for their property, they said no, they did not want their magnificent castle view destroyed. So they sued. “We will keep you in court for seven years,” Attorney Louis Egan is said to have warned. A newspaper reported the future wife of one of Snyder’s attorneys was kidnapped and returned unharmed. A mill burned to the ground. After a long and costly court battle, the Snyders settled for $200,000. They thought it should have been $1 million.

With all the land acquired and the dam built, the flooding of the Osage River valley began on Feb. 2, 1931.

The reservoir extended 86 square miles, or some 58,500 acres, across four counties. Once the Lake was filled, the dam would hold back six hundred billion gallons of water. At Ha Ha Tonka, the Lake backed-up into the valley, and the pure blue spring water that once cascaded down a ridge now swirled with turbid waters. Snyder’s grandson, Bill Snyder, lamented, “Ha Ha Tonka’s beauty has been besmirched by the invasion of lake water from Bagnell[.]” But Snyder also predicted a beautiful future could be in store for Ha Ha Tonka, hoping, “succeeding generations may discover it anew.” In the decades that followed, fire would destroy the castle, carriage house, and water tower. But in the end, Ha Ha Tonka was not lost; now a state park, it has emerged from the Lake’s creation as one of the most visited places in the region.

For some places in the Osage River valley, it was like that: there would be a future after the building of the dam. Other places were lost forever. 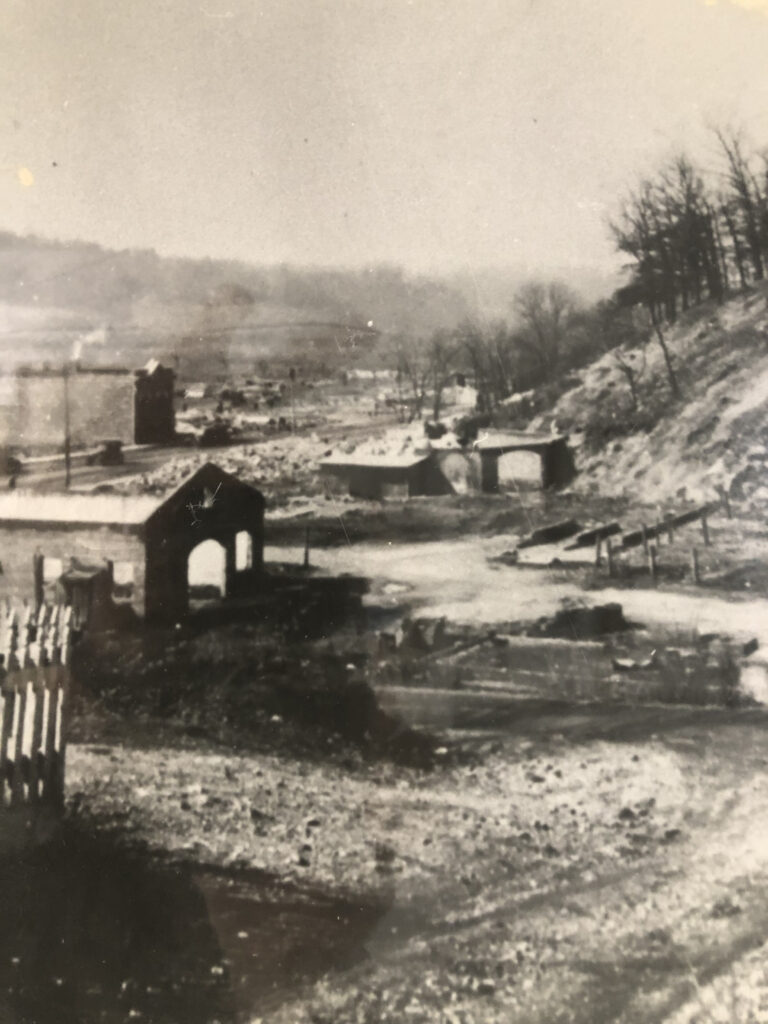 Everything that was the old town of Linn Creek is now forty feet under the Lake of the Ozarks. Old Linn Creek was located approximately two miles east of Camdenton, along Highway 54, built on the low-lying banks of the Osage River. Linn Creek resident and Prosecutor Morgan M. Moulder filed a temporary injunction to stop the flooding of the town. The injunction held no water.