The Locksmith, The Powerboat, & The Roller Coaster 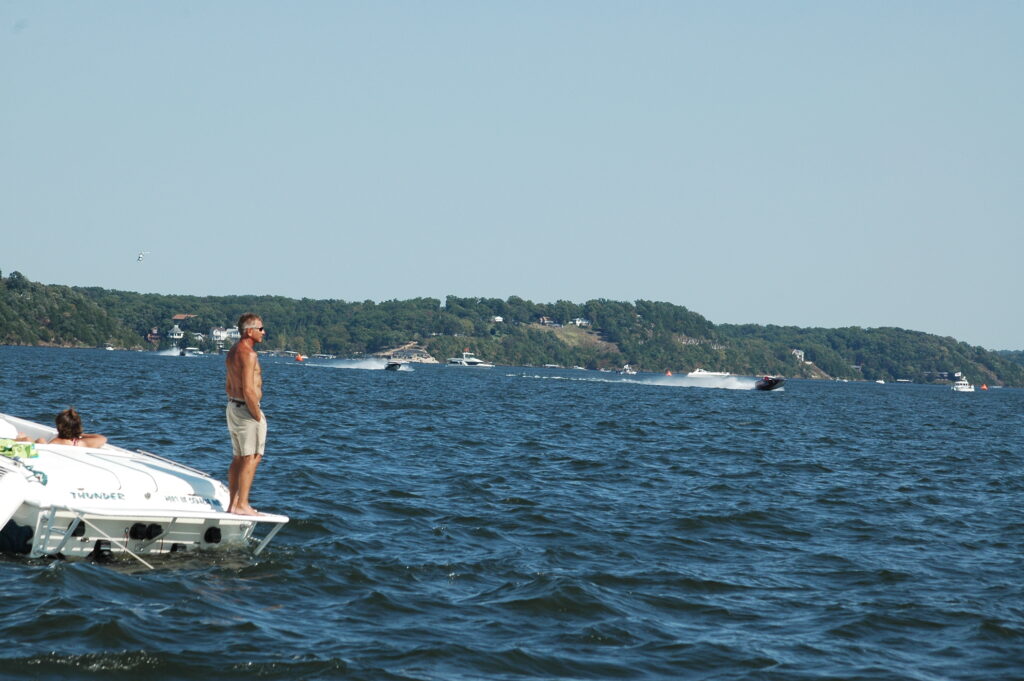 Wife’s Money, vintage boats and hillbilly engineering on the Gravois Arm, the Rickers are living Lake Life their way, and they’re having a blast.

The Lake of the Ozarks shoreline is covered with interesting sites to see, from million-dollar homes to waterfront bars to unique landmarks. But in Gladstone Cove on the 3 MM of the Gravois Arm in front of a handsome blue house, there’s something you don’t see everyday: a homemade roller coaster.

Built by Mike Ricker, the roller coaster is as intriguing as its inventor: professional safecracker, powerboat aficionado and self-described hillbilly engineer, Ricker has a long and fascinating history with the Lake of the Ozarks.

1. Mike and Linda and Junior/Senior prom in 1973
2. Mike and Linda’s wedding photo from 1976
3. The Rickers on the Nor-Tech catamaran
Photos courtesy of the Ricker Family

Ricker grew up in Sedalia, where he and his wife Linda were high school sweethearts. It was she who introduced him to Lake of the Ozarks. “Her mother and father had a place here at the Lake, so Linda came down every weekend as a kid. She introduced me to the Lake and that’s how I got hooked. You know how the Lake can hook a person!” he said.

The Locksmith — aka The Safecracker 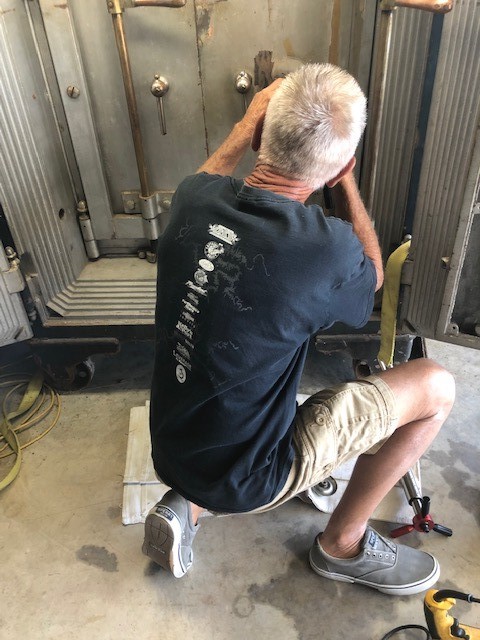 Mike cracking a safe.
Photo courtesy of the Ricker Family

Over his career, Ricker did a lot of safecracking. Any time a bank was having trouble with a safe or vault door, they would call. Ricker did everything from recovering combination locks to cracking into vaults. Throughout his 43 years in the business, Ricker saw just about everything.