Ha Ha Tonka singer and mandolin player Brett Anderson talks Ozarks roots, “Ozarkian” music, and their favorite place to be on the Lake. Mention Ha Ha Tonka outside of Missouri, and you won’t be talking about a state park. The roots indie-rock band formed in 2004 has introduced the nation to Ozarks-infused tunes, and answered plenty of questions about the origin of their name over the years. They also have a special love for Lake of the Ozarks…

Tell me a little about the band: past, present, and future.

So we all went to school at Missouri State University in Springfield, and that’s where I met Brian, our lead singer, and Luke, our bass player. And then our original drummer Len, he’s from the same place that Brian and Luke are from: West Plains, Mo., which is just east of Springfield. He ended up joining us on our first album Buckle in the Bible Belt.

We all graduated college, and wanted to see if we could make music work. We ended up meeting some bands around the Midwest and playing a show in Chicago with some friends of ours. We got signed just off that one show! Bloodshot Records in Chicago signed us in 2006, and we’ve been with them ever since.

We lived on the road basically from 2006 to 2015, and we started getting sick of traveling so much, so we decided that we were gonna slow down on the touring a little bit. I got married in 2013, and then our daughter Ella was born in 2014. Three of us have kids now, and we’re working on our sixth album. 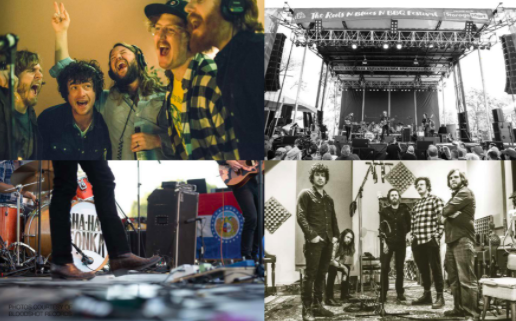 What instrument do you play?

Electric guitar and mandolin. We started going to South by Southwest in 2005, and I remember one year, staying at a friend’s house, she had a bunch of bluegrass instruments, like upright bass and mandolin and kinds of banjos and all that. And we were just hanging out there one night jamming a little bit, and I picked up the mandolin, and I was like, “I don’t know how to play this.” She goes, “Well all you gotta do is think about it as an upside-down guitar, top four strings.” I really ended up diving into the instrument after that. I really love the sound of it, and I’ve tried to manipulate it a little bit to make my own tones and stuff. I run it through amps and pedals and things like that.

Who does the majority of the songwriting?

It usually starts with with me and Brian, our lead singer. He lives in Germany, so there’s a lot of emailing music back and forth, 30-to-60-second ideas, verse-and-chorus. And then, we land on maybe five or six we think are solid and we throw those ideas to the rest of the gang, see what everyone else thinks. At some point we get together and we usually go to the studio here, where I live, in Kansas City.

Cool. Do you feel like there is a theme across what you guys have been doing for over a decade?

Yeah, I’d say both musically and lyrically. Lyrically, it’s kind of an “Ozarkian” theme: we tell a lot of stories about people that we’ve met over the years or grown up with in this part of the country. And you realize when you travel, how different and special Lake of the Ozarks can be. Because you still have that Southern mentality and kindness, and people are a lot more sociable in this part of the world. Then, you got a lot of poor people and you got a lot of drugs, and you got a lot of political issues, so those are themes we always touch on in our songs.

How long have you been coming to the Lake? 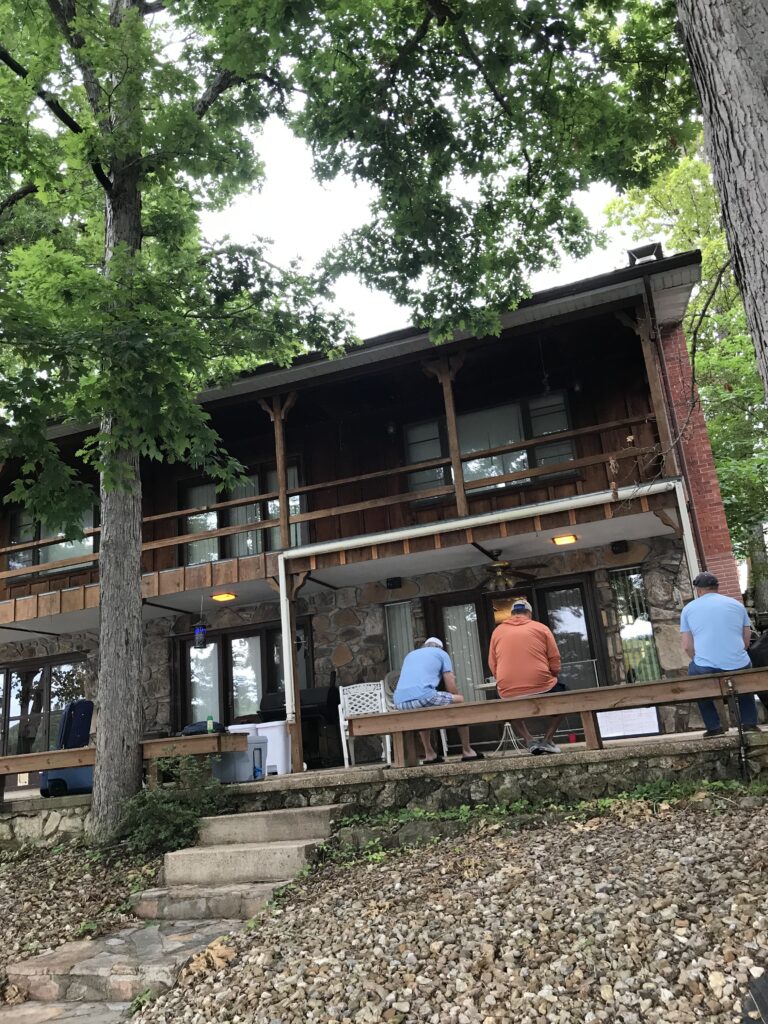 Been going since I was a baby. My grandfather, he built a cabin on the 45 Mile Marker in the sixties. When they passed away, my dad and his sisters and brother took over the house, so the family shares it. It’s been an interesting experience for me just to watch how much it’s grown down there over the years. That lake used to be so quiet!

We got a tritoon that we share, and it’s a big family, so everyone just chips in a little bit so we can kinda keep it in the family. I get down there maybe four or five times during the summer.

Most of the other guys grew up vacationing down there in the summertime. We try to go down there at least once a summer to have a band weekend together.

So the “Ha Ha Tonka” name for the band… how did that come about?

So Brian and Luke started the band and it had a really bad name: Amsterband. They did this Battle of the Bands, and they just needed a name, so that’s the first thing they came up with. Honestly, it was a curse because (laughs) everybody hated the name.

Actually, our very first record, Buckle in the Bible Belt, the original version, there’s a few out there somewhere you can find where instead of “Ha Ha Tonka” being on the cover, it’s actually “Amsterband.” So whenever we signed to Bloodshot, that’s when we changed the name because that’s when we were like, “Ok, we’re gonna have to start taking this to the next level. I think we should come up with something everybody at least likes to say.” Which “Ha Ha Tonka” is still kinda… the bigger we got, that name sorta didn’t help us out either!

But what we do love about our name is that when we do get interviewed in places all over the world, it gives us a chance to talk about where we’re from, and how we grew up and the places we grew up in. Because a lot of people have no idea what it means: they just think it’s silly, like maybe it’s a Tonka truck. So we made a t-shirt that says “Ha Ha” and then just a picture of a Tonka truck. It’s one of our biggest sellers.

I like it. Do you spend much time at Ha Ha Tonka?

We usually go there at least once a summer, and I’ve done a little bit of hiking, but Luke, our bass player, he’s done most hiking there. He’s been out there a bunch of times just camping out and hiking. We wanted to do our very first live concert at the park, on the castle steps. Logistically we didn’t how we could make it work, but we might look into that again in the future, because it is such a neat place. It is beautiful there. It sounds lame, but honestly my favorite thing to do there is just to park the boat in that cove where the natural spring is and just swim. You got beautiful views, and the water is always cold, especially in the summertime. I love being out on the water, especially during sunsets, I mean I feel like Lake of the Ozarks has some of the greatest sunsets of all. I also love playing golf, and every summer we do a boys golf trip to Old Kinderhook.

What’s coming out next for you guys?

Hopefully in 2020 we’ll put out a full length album. We might try to record this next one in-house on our own.

Give me two or three songs that our readers should listen to, that would make them fall in love with Ha Ha Tonka.

If you want the two different sides of Ha Ha Tonka, I would say “Usual Suspects” is the first side, and second side would be “Lessons.” And you’ll get a good grasp of if you like us or not, if you listen to both those two songs.

Any songs that you really felt like should be more popular?

I think that about all our albums! (laughs) But I think Lessons. That whole album didn’t quite get the exposure it needed. We were just coming off of Death Of A Decade, which is one of our largest releases, and we were extensively touring. The song “Staring at the End Of Our Lives” didn’t get as much love as it should have. It’s one of my favorites.