How many people were aboard, during one of the most infamous boating calamities in Lake of the Ozarks history? 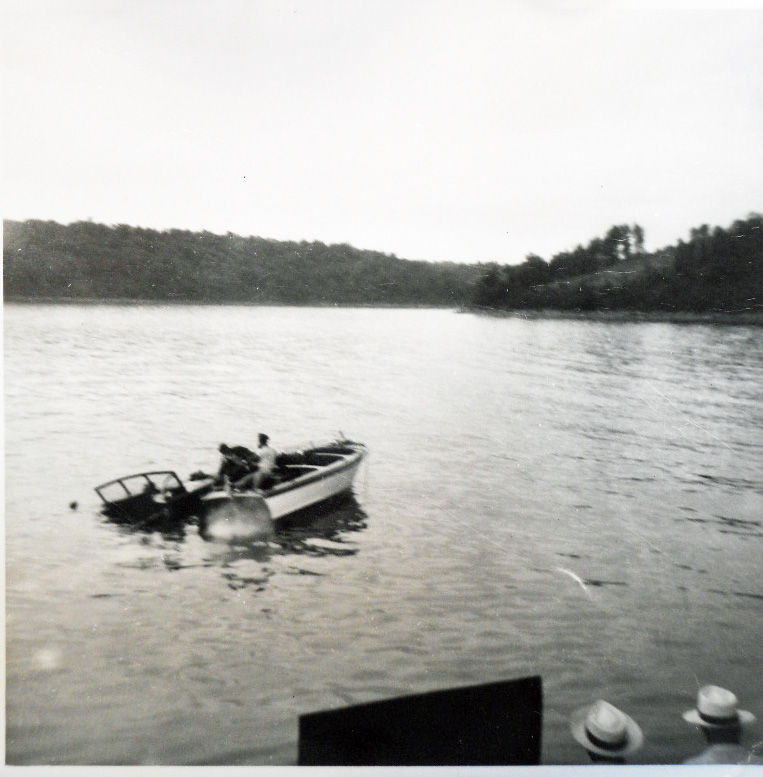 A short tour of the Lake. A freak storm. Three people, never seen again. It sounds like something out of a mystery novel, but it’s a true story from Lake of the Ozarks history, and it leaves plenty of questions that may never be answered.

On May 28, 1954 — Memorial Day Weekend — at least 13 people boarded an excursion boat named Grand Glaize, for a tour of the Lake of the Ozarks. Nearly half of them would never set foot on land again.

The boat had a relatively narrow beam: about eight feet. Passengers could sit on a row of leather cushions in the forward cabin, or sit aft, under a canvas canopy. There was no public address system, and any attempt by the pilot to describe points of interest was likely drowned out by the roar of the 678-cubic-inch engine. This wasn’t a dinner-and-dance cruise; it was a wide-open, hang-onto-your-hat sprint at 25 miles per hour — an almost distressing speed for that day.

But events took a horribly dramatic turn. Only about four miles into the trip, a freak storm blew across the Lake. High winds — possibly even a tornado — battered the boat until it capsized. Six people died and seven survived, including the boat’s 18-year-old captain.

That’s the beginning of one of the Lake of the Ozarks’ most significant boating tragedies, and also one of the Lake’s biggest unsolved mysteries. In the days following the capsizing of the Grand Glaize, it became less clear exactly how many people had been aboard that day, and how many had perished. 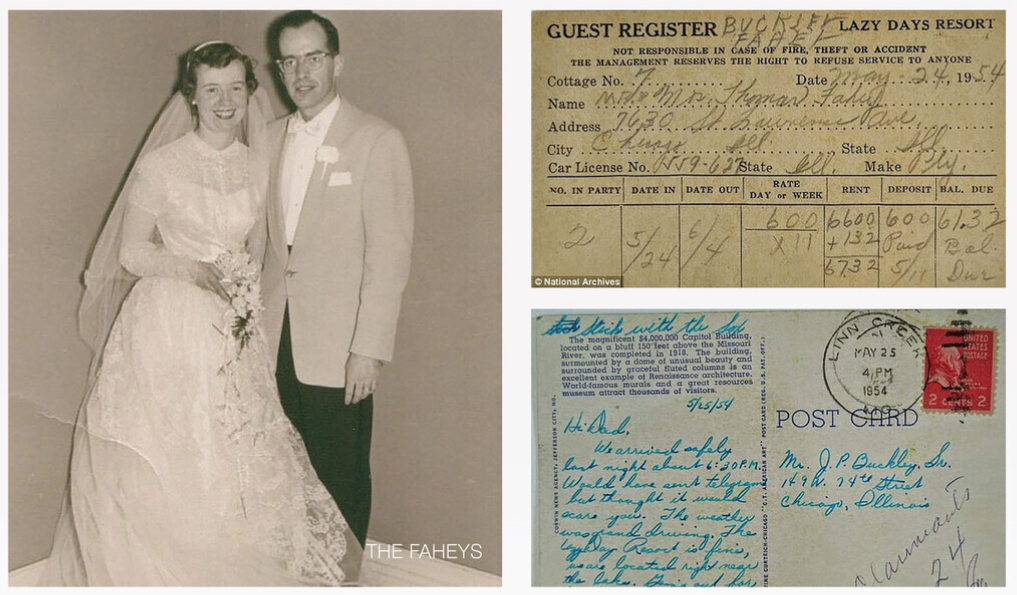 The story connected the disappearance of a newlywed couple to the tragedy. Thomas and Dorothy (Buckley) Fahey, married on May 15, 1954, were not originally thought to have boarded the Grand Glaize. They had been staying at Lazy Days Resort, a campground near the Lake. But when their car was found abandoned near the boat’s port of origin, it fed speculation that they may have perished along with the other six who were known to have been aboard. The June 2, 1954 edition of the Chicago Tribune reported the Faheys’ family said the newlyweds had sent word that they were accompanying some friends to the Grand Glaize but would not be going aboard. When the couple disappeared, the family assumed Thomas and Dorothy had changed their minds and had gone on the ill-fated cruise. But when Thomas’ mother sued the Loc-Wood Boat & Motor Company for compensation, a court found something shocking: there was not enough evidence to prove the couple had actually been aboard the boat.

Were the Faheys aboard when Grand Glaize sank?

A corporate officer for the company (Glenn E. Wood) later testified that the Faheys’ car had not been at the Loc-Wood docks on May 28 but was there two days later. But the owner of the resort disagreed, saying it had been there the day of the deadly storm.

Several survivors and the boat’s owner said there had been only 11 adults, one child, and the boat captain aboard; the owner said tickets had not been sold to any number greater than that. Neither survivors nor witnesses to the boat’s boarding and departure could recall seeing Thomas and Dorothy board the boat.

But in that case, what happened to the Faheys? 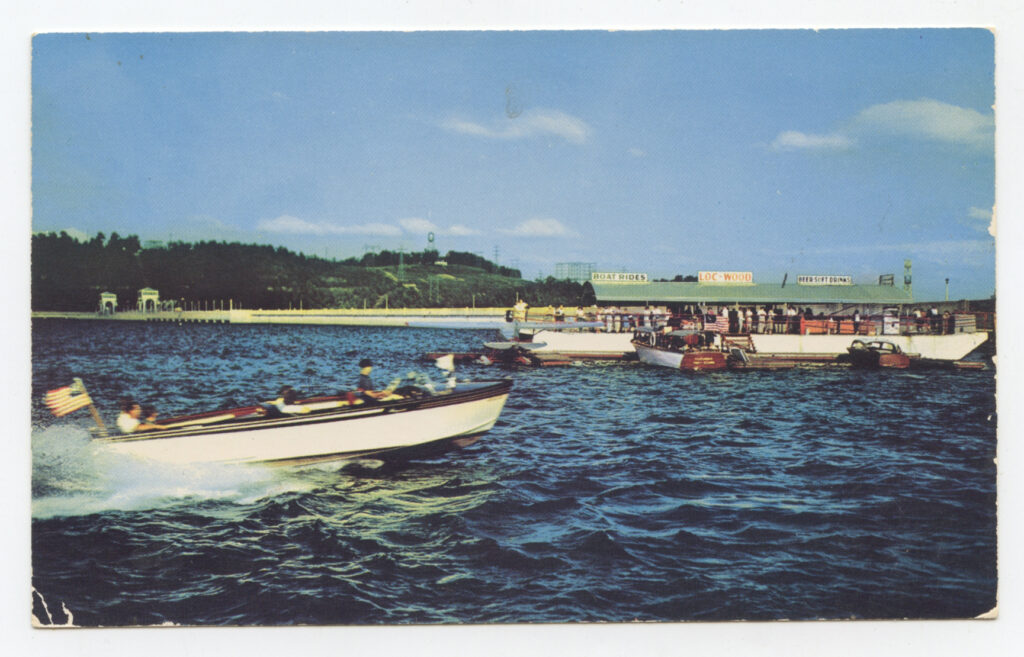 To deepen the mystery, two passengers said that after the boat capsized, amid the chaos of passengers struggling in the water, they heard a man calling, “Dorothy! Dorothy!” None of the registered passengers were named Dorothy.

Grand Glaize was recommissioned weeks later and operated for a few more years before being stored near the dam. Its sister vessel, Tuscumbia, was later stored next to it.

Both boats were destroyed by fire in 1970. 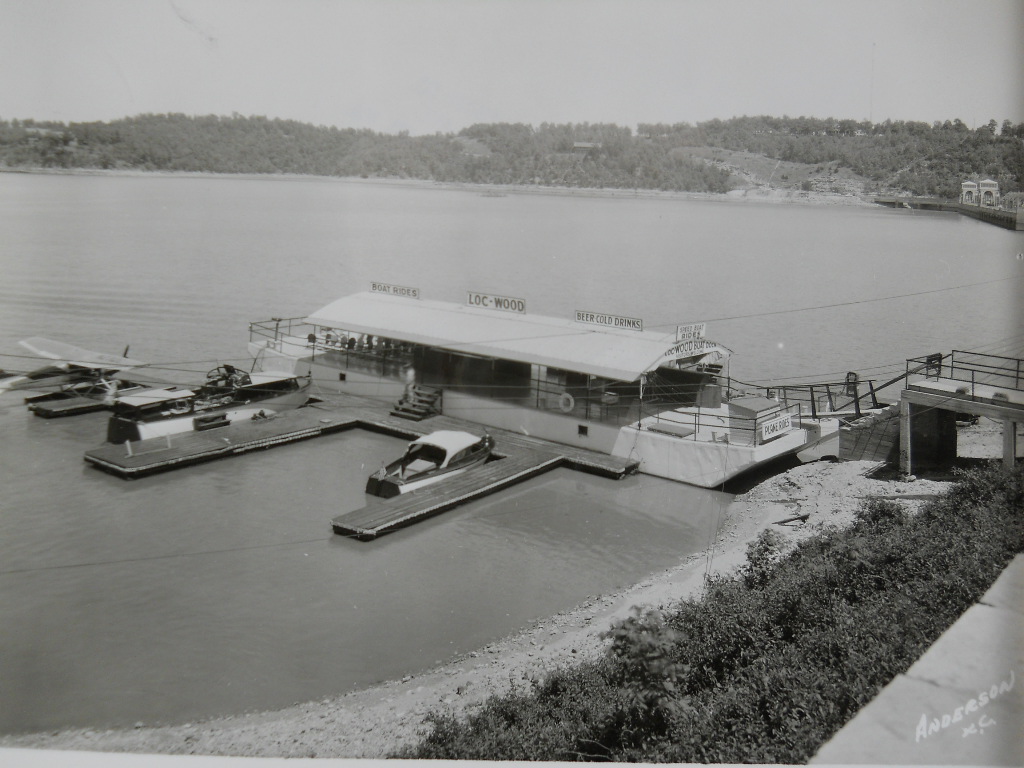 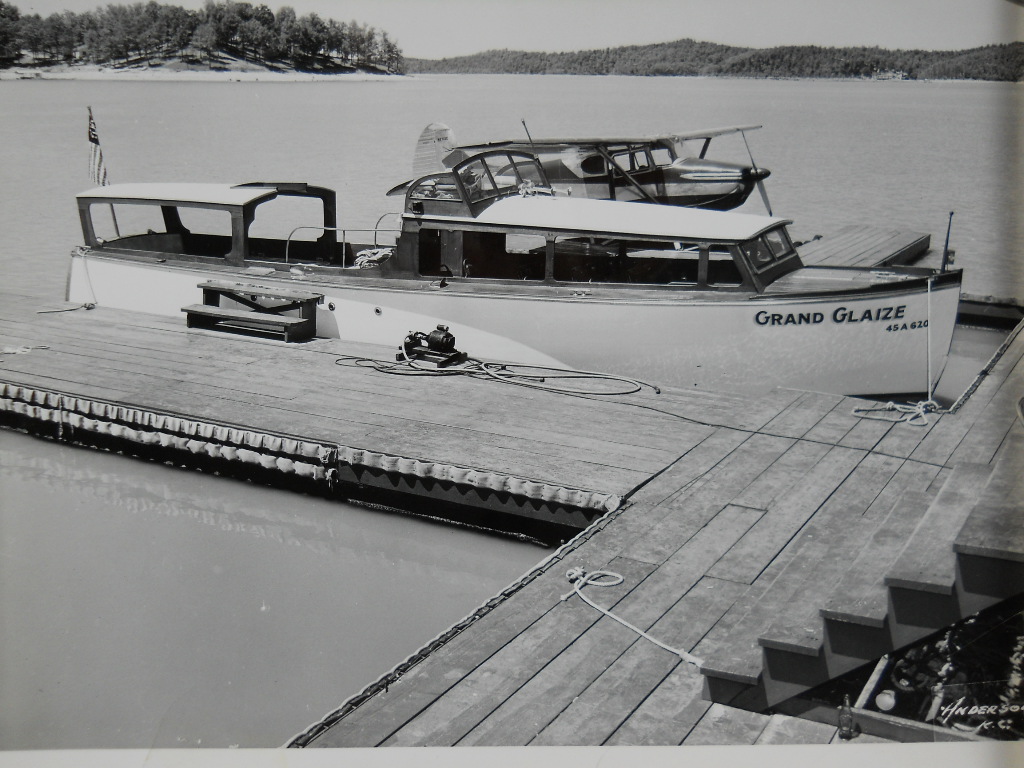 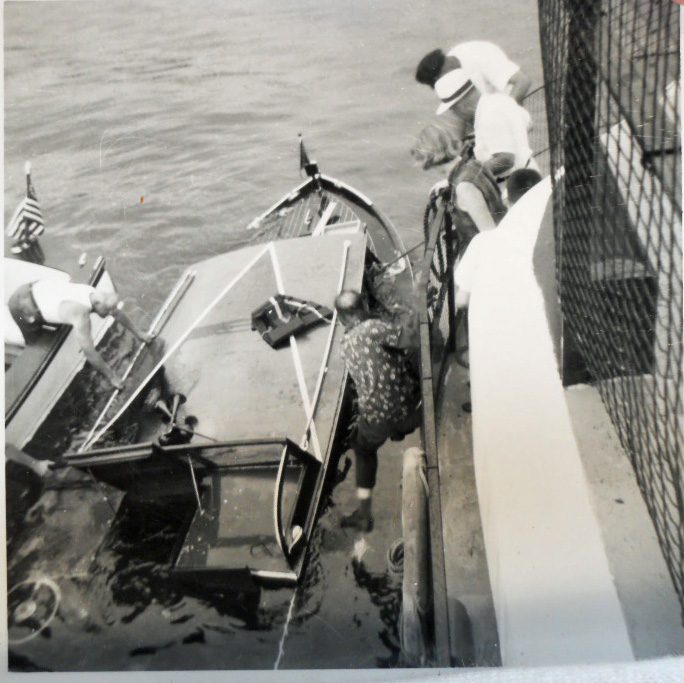 Captain Charles Meyer (CWO3, USCG, retired) has been fascinated—even obsessed—with the story of the Grand Glaize for years. He, along with the late Mike Gillespie, a noted Lake-area historian, pored over newspaper clippings, interviewed the boat’s captain, scoured court records, and read—and re-read—witness testimonies.

At the event’s 60th anniversary, on May 28, 2014, Meyer and others held a Memorial Wreath Ceremony near the site of the boat’s sinking. He says the memorial was meant to recognize the gravity of water-related tragedies in the early years of the Lake of the Ozarks. He said it also served as “a tribute to the major strides made in Boating Safety and Search & Rescue responses currently available on Lake of the Ozarks, which in part, are a result of lessons learned from tragedies such as this.”

Meyer has considered penning a book about the incident; for now, his years’ worth of gleaned information is tucked away, in computer files and printouts. But the details those files contain range from heart-wrenching to mind-bending.

• The disappearance of Thomas and Dorothy (Buckley) Fahey

• The disputed number of people killed in the incident. Some say six; others say eight.

• The suddenness and ferociousness of the storm. Meyer notes historical records reveal there was a confirmed tornado in Miller County that day.

• The age of the captain: at 18 years old, Perry Graham Jr. was one of the youngest certified captains in the state. Loc-Wood Boats, the owner of Grand Glaize, put the boat back in service less than two weeks after the incident, with Graham Jr. again at the helm. He piloted the boat for two more outings, but the flashbacks of the accident were more than he could bear, and he quit working for Loc-Wood.

• Two other people drowned in an unrelated incident that weekend, bringing the number of people drowned or missing on that Memorial Day weekend to 10

• Four years later, another of Loc-Wood’s vessels—Tuscumbia—ran over and killed a skier on the Lake… in the same area where Grand Glaize had capsized.

The story has all the drama needed for a major film or documentary. In fact, it was featured on the Animal Planet TV show “River Monsters,” (Season 4, Ep. 1) where wild speculation about the fate of the three people whose bodies were never found landed on a (rather absurd) theory that they were consumed by giant catfish.

TV sensationalism aside, the Grand Glaize tragedy remains shrouded in a seemingly impenetrable mystery: one that may never be solved.