Up From The Deep 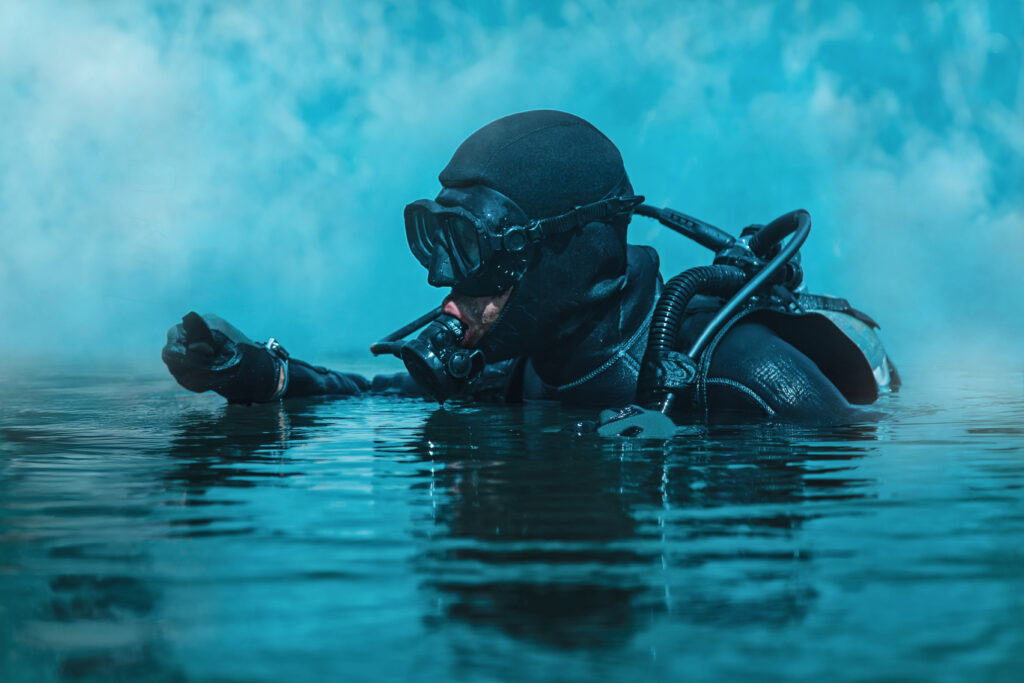 In 1960, four troopers were trained in scuba diving to serve part time with a Water Rescue Recovery Unit. The team recovered four bodies that first year. Other officers would join the unit within two years and a four-wheel drive pickup truck with camper, boat, and other special equipment would be purchased. At some point, the unit became known as the Underwater Recovery Team and boasted its own patch. Six years after inception, the Patrol discontinued this service. Fast forward to 2011, when the Missouri State Water Patrol was merged into the Missouri State Highway Patrol. In addition to marine enforcement responsibilities and around 100 more employees, the Patrol welcomed a Dive Team.

Today, the Patrol’s Dive Team includes 13 members assigned throughout the state to both marine operations and highway functions. Sergeant Kurt Merseal (Q/WPD) serves as the coordinator. Since its inception, Patrol divers have assisted local, state, and federal agencies. Their operations included searches for bodies, weapons, vehicles, and stolen items, as well as public safety-related dives. I had an opportunity to chat with Corporal Dean A. Bartlett (F), Corporal Billy V. Cole (A), and Corporal Logan B. Monahan (G) to learn about their experience as a member of the Patrol’s Dive Team. 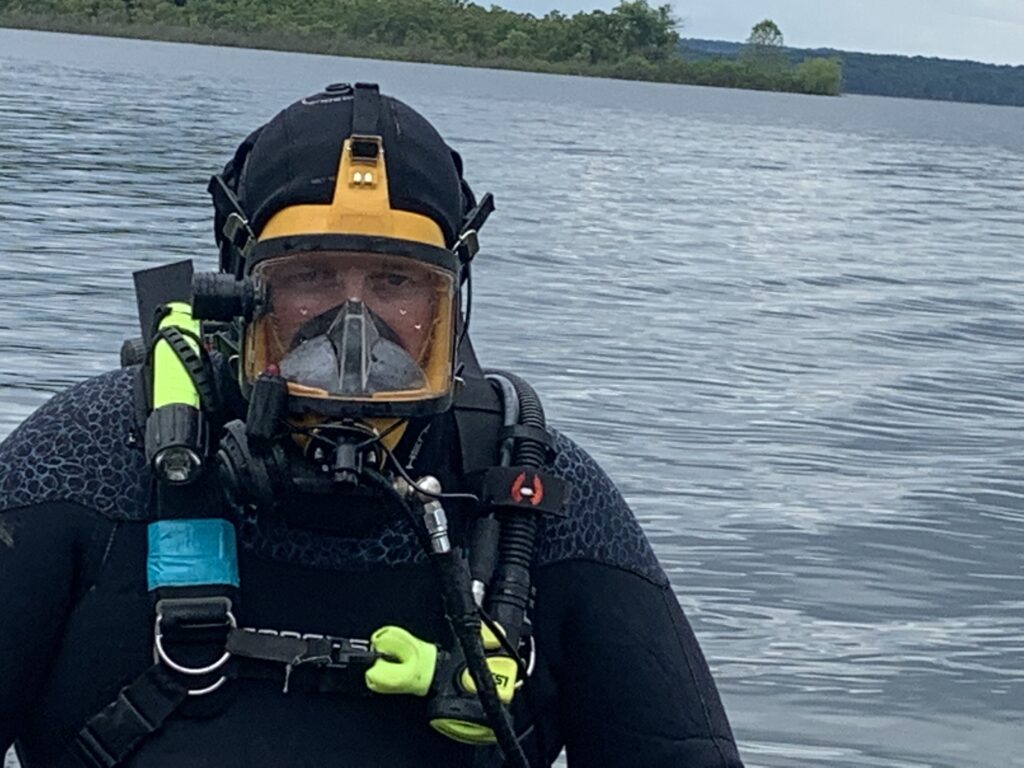 Cheryl: How did you get into diving?

Cpl. Bartlett: I did not have any dive experience, but wanted to add to my toolbox of ways to help people. Once my kids were grown and in high school, there were openings on the team, so I applied, interviewed, passed PT test, survived the five weeks of training, and became a member in 2008.

Cpl. Cole: I never dove before joining the MSHP Dive Team. I did grow up around lakes and pools in Arizona, and have always enjoyed swimming and watersports. I’m very comfortable in the water. I remember when I was going through the recruit process for the Patrol, I met a Dive Team member while doing our physicals. I was extremely impressed with him and the way he presented himself. He spoke very highly of the Dive Team and that inspired my desire to join the team. I joined the team in May 2014.

Cpl. Monahan: I started diving for a marina at one of the area lakes when
I was younger doing salvage and dock maintenance (before I was on the Patrol). This is my 14th year diving for the Patrol.

The Patrol’s Dive Team earn all of their certifications through PADI, a professional diver organization recognized worldwide. All three corporals have earned their technical diver qualification allowing them to dive to a depth of 300 feet using a mixture of breathing gases. Cpl. Bartlett is a dive master and able to recertify open water divers who haven’t dived for a while. Cpl. Cole recently became certified as one of the team’s dive instructors. Dive Team members earn multiple specialties due to the various water conditions in which they dive. One such specialty is cave diver certification, which is held by Cpl. Monahan. 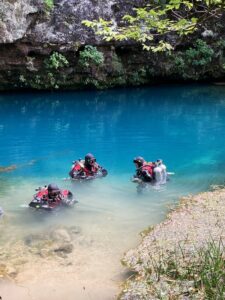 Cheryl: For those of us who do not dive, please describe the experience.