For many boaters, the weekend is spent on the boat or the community dock, where evenings jive and friendships thrive. They’re called “live-aboards.” 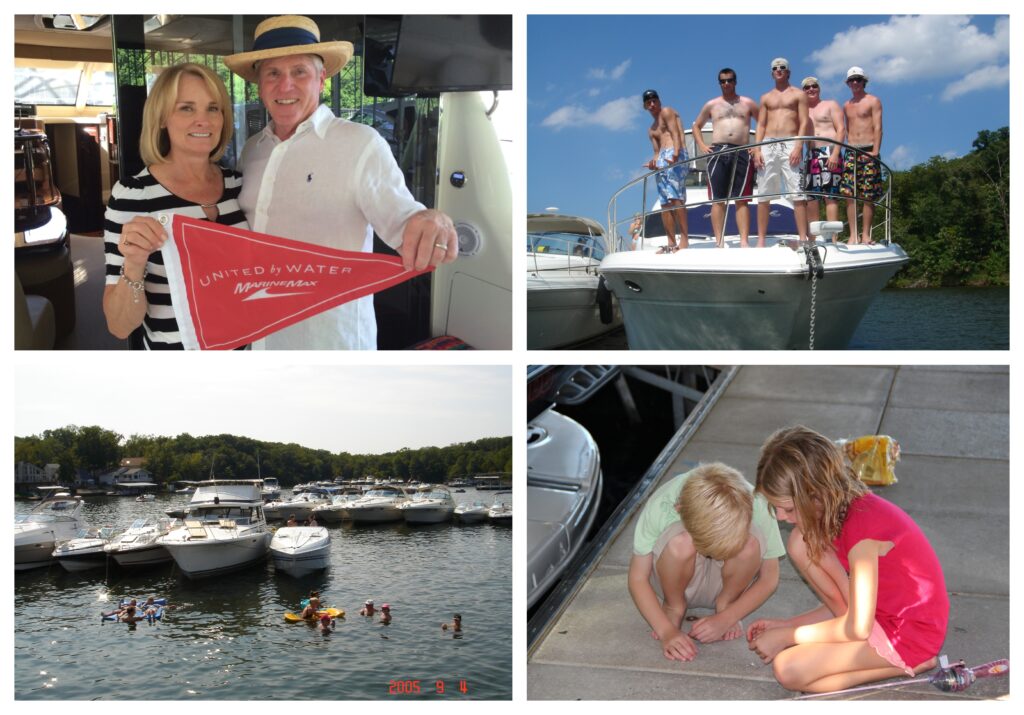 For Mike and Diane Micek, living the dock life started more than three decades ago with the purchase of a small ski boat. While their two sons were still young, the Miceks can vividly recall the early years of long commutes and short weekends filled with love and laughter at the Lake of the Ozarks. Since the 1980s, Mike and Diane, originally of Omaha, Neb., have summered on an array of cabin cruisers and currently call their 52’ Sedan Bridge Sea Ray their “home away from home.”

“Since the early days, we have stayed on a boat at MarineMax where 80% of our dock neighbors are also full-timers on their boats,” Diane said. “It’s been such a great thing for our family to be a part of such an incredible community like this. We have friends from MarineMax that date back to the late-80s; friends that we have traveled alongside together and shared our lives with. Our kids grew up together on these docks.”

Both happily retired from the world of accountancy, Mike and Diane live between Missouri and Texas throughout the year; taking their private plane back and forth to live aboard the aptly named Balancing Act on the Lake of the Ozarks during the warmer months.

“If you’re in a condo, you don’t always know who your neighbor is,” Mike said. “Living on a boat is truly like being a member of a floating country club. Everyone knows everyone, including MarineMax’s incredible crew, and the friendships that we’ve developed here are irreplaceable.”

With both of their sons now grown and living their own busy lives elsewhere, the dock life has allowed for a closer connection with Mike and Diane’s three grandchildren.

“The grandkids are always bugging their parents about coming down again and again, and they will venture down over holidays a lot,” Diane explained. “They like to Jet Ski and fish, and they have even come down while we are out of town and enjoyed the boat by themselves as a small family unit. It really has been a great thing for our family.”